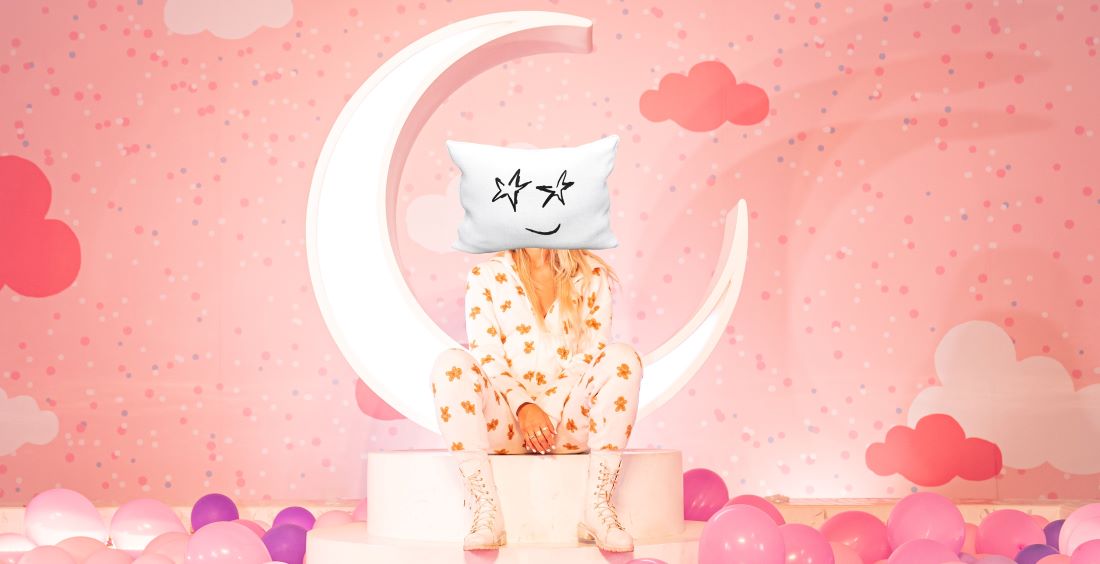 LA-based Pillows continues to stake a claim as a serious one to watch in 2021, with a big electronic rework of the Hall & Oates classic ‘I Can’t Go For That’. The mysterious producer and singer/songwriter teams up with rising star James Mercy as she follows her recent huge single ‘Goosebumps’ on New State Music. With her custom onesie and pillow mask, multi-talented Pillows has kept her identity a secret, keeping the focus on her abilities as a singer-songwriter, producer and DJ. James Mercy has hit over 20 million streams for his music and brings his warm, stylish sound to the collaboration. ‘I Can’t Go For That’ is a summery, deep house rework with an irresistible, catchy vocal from Pillows.

‘I Can’t Go For That’ was a global #1 hit for Hall & Oates back in 1981 and now Pillows and James Mercy deliver a 2021 interpretation which hits all the right notes. ‘I Can’t Go For That’ adds to a series of high profile reworks from Pillows including, Travis Scott’s ‘Goosebumps’ (Pillows’ video has now been viewed over half a million times), Kanye’s ‘Gold Digger’ and TLC’s ‘No Scrubs’. Her instantly accessible production and vocal style has seen her chalk up millions of streams and brought her to the attention of artists including The Chainsmokers, R3HAB, Oliver Heldens, Nicky Romero, Laidback Luke, Hardwell and many more, with labels such as Atlantic Records, Warner Music and Spinnin’ lining up to release her music.

Pillows is multi-talented and is also in-demand as a DJ with previous residencies including US clubs such as Omnia, Marquee (Las Vegas), Avalon, and Academy as well as slots at some of the biggest music festivals out there, including EDC Las Vegas.

Pillows is a relatively new name but her musical ability should not be in doubt. Prior to this project she had already hit two no.1s in her home country with over 60 million streams of her music.

Canadian producer James Mercy has been bringing energetic tunes driven by trap-centric beats and crisp melodies since 2016. He’s seen success with both originals and remixes alike, with his most recent collaboration ‘Learn To Love Again’ garnering over 18 million plays on YouTube alone. Coming off the tail end of a 2-year hiatus, James Mercy is back in 2021 – and the music just keeps getting better.

‘I Can’t Go For That’ is a bonafide classic but Pillows and James Mercy treat it with the respect it deserves, delivering a deep house groove with crossover vibes. The track opens with a head nodding beat before breaking down to a summer-soaked guitar riff and Pillows emotive vocals building up to deep slap house drop. Between them, Pillows and James Mercy have built a sound which is danceable but laid back and is sure to connect with fans everywhere.

Pillows has talent in abundance and is on a mission to prove that female producers can create quality crossover electronic dance music. This artist is more than just a pretty face.

Stream Pillows x James Mercy ‘I Can’t Go For That’ via all platforms: https://fanlink.to/icantgoforthat 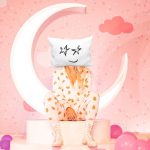 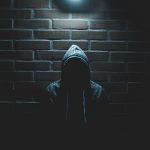