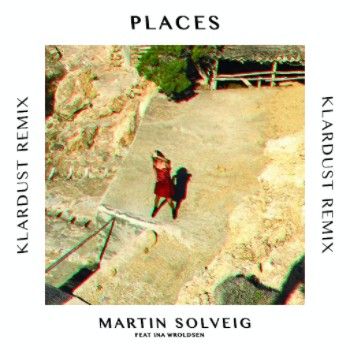 KLARDUST’s remix combines crisp percussive elements and striking synth patterns, laced with Ina Wroldsen’s sultry vocal performance. Hailing from Hamburg, KLARDUST launched their career in 2014 with the release of their debut single ‘The Key’, which has amassed over half a million Spotify streamsto date. The German act’s production efforts haven’t gone unnoticed, having gained support from the likes of Lost Frequencies, Oliver Heldens and Solveig himself, who featured their single ‘Byou’ in his ‘My House’ mix show last year.

Released at the end of 2016, Solveig displayed a striking new sound for the original of ‘Places’. He enlisted the vocal talent of Norwegian singer/songwriter Ina Wroldsen, who notably lent her vocals to Calvin Harris & Disciples’ hit ‘How Deep Is Your Love’ and co-wrote Clean Bandit’s platinum-sellingsingle ‘Rockabye’. ‘Places’ has amassed over 36 million Spotify plays and gained support across BBCRadio 1 from Pete Tong, Greg James, Danny Howard, Clara Amfo and Adele Roberts. The station also made the single their ‘Track of The Day’. Away from the airwaves, Solveig’s latest single is currently a mainstay in the UK iTunes and UK Official Singles Charts.

Last month, Solveig brought a special edition of his ‘My House’ party series to Egg London. With the likes of Coco Cole, Michael Calfan and Jax Jones all making an appearance alongside the ‘Places’ hitmaker, Solveig successfully served a phenomenal slice of his legendary residency to the capital. The charismatic Frenchman also announced his return to the White Isle this summer, where he is set to bring the third edition of his ‘My House’ residency to Pacha from 31st May – 4th October 2017.