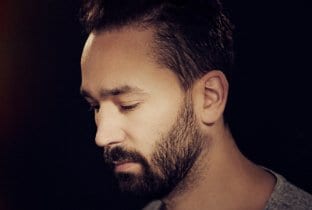 An integral member of the French Express crew declared ‘Future Star of 2013’ by BBC Radio 1’s key dance gatekeeper, Pete Tong, Jonas Rathsman seemed to burst from nowhere with huge Summer anthem ‘Bringing You Down’ last year. But as with all ‘overnight successes’, the rise of this Gothenburg based producer and DJ is anything but…

Born and raised in a small village in Western Sweden, Jonas furthered his passion for music at the age of 18 when he began organizing parties and clubs in Gothenburg and quickly rose in the underground hierarchy of Sweden´s second largest city. Together with his close friend Fredrik Nyberg, aka DJ NIBC, they started releasing material under the alias Stuffa, which climaxed with the release of their third single ‘Proof’ on the legendary label, Defected.

But it was the decision to abandon all pseudonyms and release his distinctive productions under his own name on French Express in late 2011 that proved to be the turning point in Jonas’ career.

He found his own genre-defining sound early on with his first release for French Express, ‘Love Is My Middle Name’, a highlight from their second compilation. This was soon followed with his debut solo release ‘Tobago/Feeling You’ which had the likes of The Magician singing his praises when he featured it his Magic Tape Seventeen. Further singles ‘Since I Don’t Have You’ and ‘W4W’ continued to catch the attention of Pete Tong who granted Jonas and fellow French Express artist Perseus the highly coveted Essential Mix slot in January 2013.

‘Bringing You Down’ soon followed. It was introduced by Majestic Casual, supported by Zane Lowe, and played by every A-List DJ you can think of – this French Express release solidified Jonas’ position as the break-through producer to watch out for.

He closed the year with another defining release – ‘Feel What I Feel’. Having been a highlight of his sets during a summer of touring, the release brought a wave of online support starting from Pitchfork through to YouTube tastemakers Eton Messy. The release was also supported on national radio in UK, North America, Belgium, Australia and Germany increasing Jonas’ international profile.

Jonas has started off 2014 in a similar vein, kicking the year off with remixes for the likes of Tensnake, Brit Award nominees London Grammar and Grammy Award nominee Duke Dumont. This paved the way nicely for his first release of the year ‘Hope I’m Wrong’, which after receiving radio support from Annie Mac on BBC Radio 1 and DJ support from artists such as Kidnap Kid and The Magician, went on to feature in the Beatport Deep House Top 10 Chart.

With a new summer single planned and some more sensational remixes to come, (Jonas is one man who admirably keeps to the ‘less is more’ adage when it comes to remixes) plus his own collective and fashion brand ‘Uniforms for the Dedicated’ to drive forward, Jonas Rathsman is set for a very busy, but hugely exciting future to confirm all notions that this versatile Swede is most definitely here to stay.

The Americas – AM Only:
[email protected]