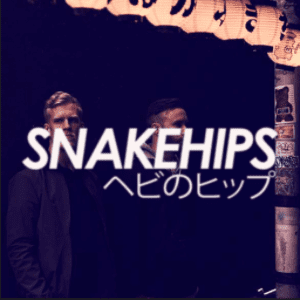 UK electronic and RnB duo Snakehips are embarking on their biggest North American tour yet this October and November.

Beginning in Dallas’s The Loft on the 26th October, the tour will take in a total of 18 dates across major cities throughout the US and two dates in Canada. Highlights include New York city’s Webster Hall and New Orleans' Voodoo Experience music & arts festival. A special LA show will be announced shortly.

Snakehips have rapidly become one of the most in-demand production and DJ duos around; their trademark summery, forward thinking RnB sound has landed them a string of high-profile collaborations. Their latest single ‘Cruel’ featuring Zayn has been a runaway success since it was released in July, amassing over 17.3 million Spotify streams to date and became the #1 trending track on Twitter worldwide. Prior to this, Snakehips won an Ivor Novello for their Top 5 single ‘All My Friends’, which featured Chance The Rapper and Tinashe and led to a live performance on US TV show Jimmy Kimmel Live. Their most recent EP, ‘Money On Me’, featured Dr Dre protégé, Anderson.Paak and popular US rapper/singer Tory Lanez, and was preceded by a number of well-received remixes and original productions. With ‘All My Friends’ recently achieving gold status in the US, this tour comes at the end of a landmark year for the pair.