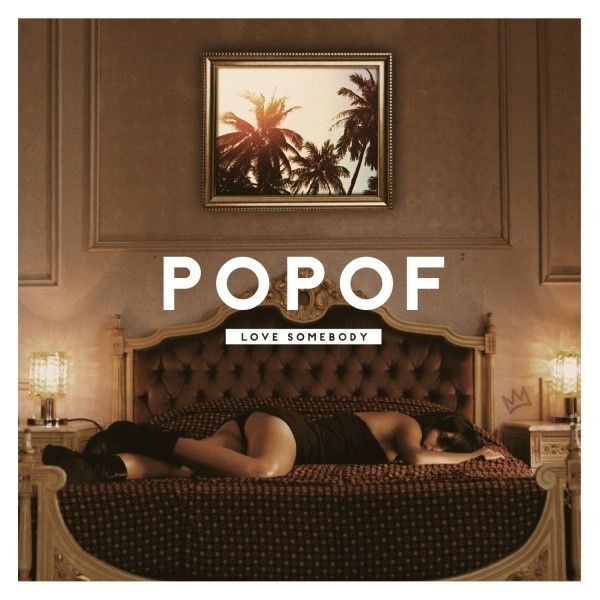 Hot Creations deliver their first artist album of the year with the Parisien luminary Popof’s , ‘Love Somebody’.

Jamie Jones & Lee Foss’ Hot Creations imprint has successfully straddled the gap between underground house & techno and more crossover vocal led disco-infused dance music since it was launched in 2010. They have taken artists such as Patrick Topping, Richy Ahmed, Miguel Campbell, Annabel Englund and their own Hot Natured brand, who played live at Coachella this year, on a unique journey into the spotlight.

Only the fourth artist album to be released on the label, Alexandre Paounov AKA Popof’s longplayer elevates the chic beats and smooth rolling melodies of house music to new heights, opening the world to fresh palatable tastes through tracks such as ‘Your Eyes’ and ‘Lidl Girl’.

Maintaining a grasp on the dancefloor, tracks like ‘Pack n Rollin’ and ‘Going Back’ strike back to Popof’s roots as a former member of the free-party underground collective ‘Heretik System’ in Paris. While ‘Words Gone’ has already found great favour through remix treatment from Luciano, Marc Houle and Jamie Jones and the second single ‘Going Back’ features remixes from Eats Everything, Lee Foss, Oxia & Miss Kittin and Luca Donzelli & Mar T.

“I’ve been composing club-oriented dancefloor music since the beginning, and this album project allowed me to create tracks with a calmer side to them.’ explains Popof, ‘I teamed up with a singer, Arno Joey, who does the vocals on most of the tracks and Miss Kittin is also featured on ‘Always On My Mind’, a very sunny, warm song. Moreover, there are two other tracks that I’ve worked on with French artist Animal & Me – ‘Going Back’ and ‘Always On My Mind’ – who, in my opinion, is a newcomer to follow attentively.”

Sublimely captivating and with the right balance of emotion, ‘Love Somebody’ is a statement of intention for an artist with a heavy artillery of experience, ready to fire in new directions. A perfect combination of hooky house rhythms, understated techno production and evocative vocal melodies that you’ll hear everywhere this summer.

Voted Best Newcomer artist at the Ibiza DJ Awards in 2009, Popof has since gained notoriety for his work with Cocoon, and remixing the likes of Depeche Mode, Chemical Brothers, and Moby.

Appointed the official mentor of the Paris Techno Parade 2013’s fifteen year anniversary, a great honour he shared in front of 300.000 participants. One of the most downloaded artists in techno music, Popof is regarded as a versatile solo artist whose adventures have gained him access to various genres of music.

TRACKLISTING
Words Gone feat. Arno Joey
Lidl Girl
Your Eyes
Pack & Rollin’
Going Back feat Arno Joey
Get Together feat Arno Joey
Have 2 Be
It’s Been A While
I Want U
Always In My Mind feat Miss Kittin
Outro