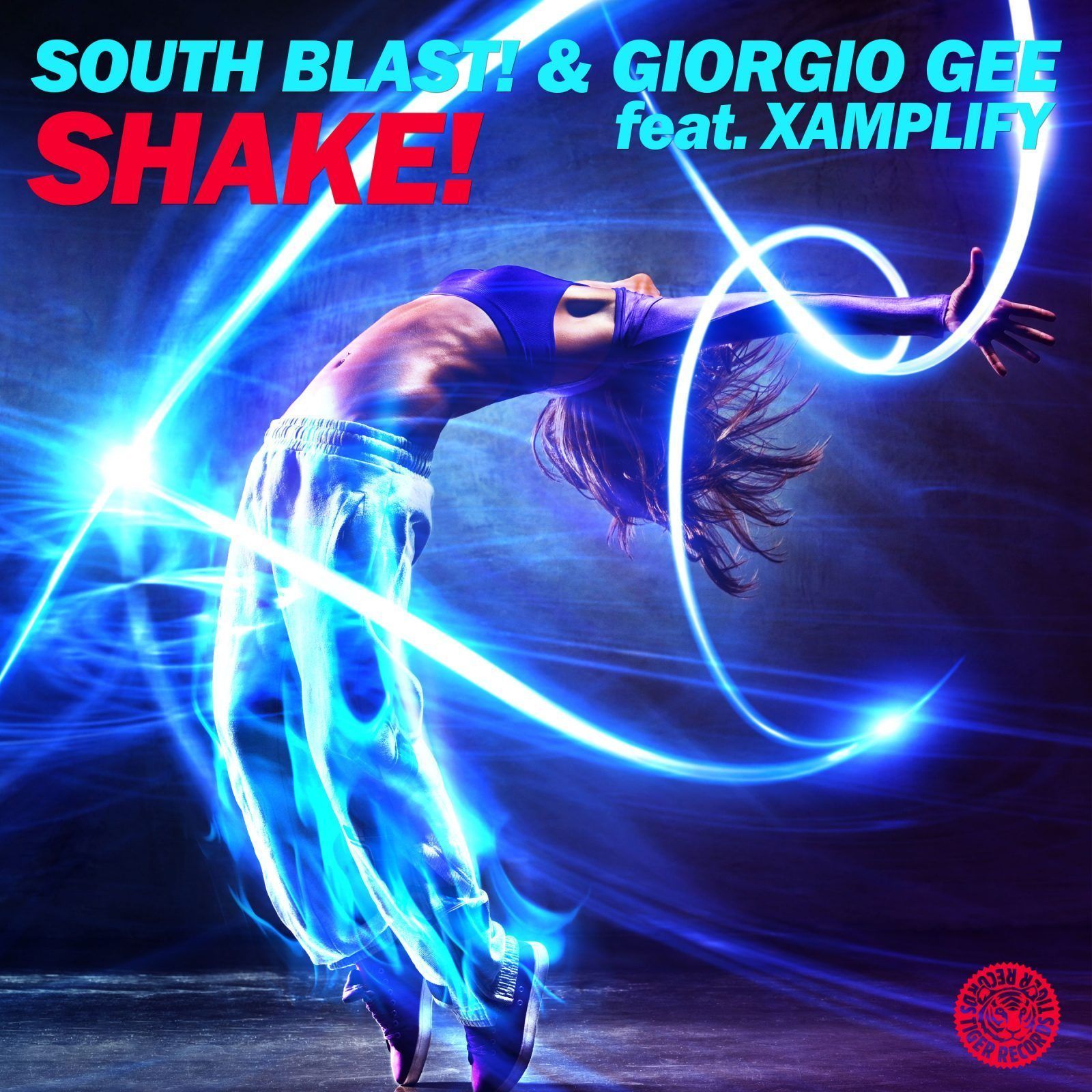 Out now on Beatport ‘Shake!’ is a heavyweight collaboration between Daniel Gorny, better known as South Blast and Giorgio Gee, featuring the amazing Xamplify. Released on the 18th of May, 2015, this is a high profile team-up that has certainly managed to produce a top-notch single as expected.

Zywiec based DJ and producer South Blast has established himself as one of the most exciting acts in Poland, now launching his creations on the international scene. His unique sound and style has landed him deals with some of the world’s greatest labels, such as: Club Trxx, Dub Control Records, TALUS, Universal Music, Sony Music, Embassy One (Ministry Of Sound), Tiger Records, ZYX Music and many more.

On the other hand, Cologne based Giorgio Gee can also boast a very rich resume, adding weight to this marvellous collaboration. A House music specialist, the German DJ and producer has signed deals with world renowned labels such as: Universal Music, Sony Music, Loud & Lucky Recordings, Tiger Records, 2 Side Records and Clubstar Records amongst others. ‘Shake!’ is certainly a continuation on his steady streak of top-notch releases, having his name on projects such as: ‘Right Side’, ‘Jukebox Bitch’, ‘Because I Got High’ and many more.

‘Shake!’ is off to a very good start, having already gained the support of the esteemed duo Lush & Simon. Rooted into the Electro House and EDM genres, the single starts with a blasting effect, later introducing a pumping four-on-the-floor kick and a phasing loop. The production duo devise a melodic ascension before resolving into Xamplify’s rap-style vocal section, which leads to another huge escalation. A euphoric drop pumps the mood whilst giving way to another vocal-driven section. A huge breakdown starts the build-up again, characterised by brass-like lead synths and a thumping beat before getting into a cut-time, Trap inspired tract, hardening the groove and changing the atmosphere of the track. Whilst normal time is restored, South Blast and Giorgio Gee unleash a forceful variation, displaying their song sectioning skills and dynamic control, before stripping-down energy levels to provide a mellower ending.

South Blast and Giorgio Gee’s latest production ‘Shake!’ is now part of the Tiger Records family. With both artists being regular record suppliers for the German imprint, they are quickly gaining a central role within this label. South Blast and Giorgio Gee are amongst Tiger Records’ front-men, working the label’s brand along with: Spencer & Hill, Yello, R.I.O., Plastik Funk, Manuel De La Mare, Sander van Doorn, David Jones , Bingo Players, Federico Scavo, Tujamo, Groove Phenomenon, DJ Falk, Alex Kenji, Dave Rose, 2Elements, M.Binapfl  and  R Good to name a few. ‘Shake!’ is certainly another feather in the cap for the duo and can surely propel them on the major international electronic music scene.