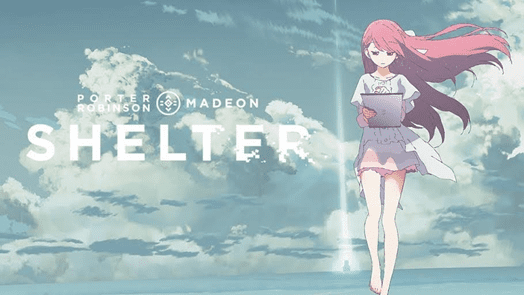 Today, as Porter Robinson and Madeon continue to play sold out shows across North America on their ambitious “Shelter Live” Tour, the duo announce plans to take the show overseas in 2017 with a series of live shows in London, Paris, Amsterdam, and multiple cities throughout Australia.

In the eight weeks since the two longtime friends surprise-released their joint single “Shelter”, the phenomenon behind the collaboration continues to grow.

With more than 30 Million combined single streams to date, 6.2 Million video streams in three weeks, 20 sold-out shows (105 Thousand tickets sold) “Shelter” has built itself into a cultural zeitgeist driven by two artists, one song, one video, and an enthusiastic fanbase across the globe.

The track, which hit #1 on both HypeM and Spotify Viral Global and US charts upon release, recently hit  #1 on Japan’s Viral Spotify Chart following the live reveal of the “SHELTER” animated short film via jumbotron in Tokyo’s Shibuya District (where Porter was swarmed by enthusiastic fans upon arrival).  The video trended worldwide on YouTube and Facebook, and drove strong increases in track streams across platforms and around the globe since it’s mid-October reveal.