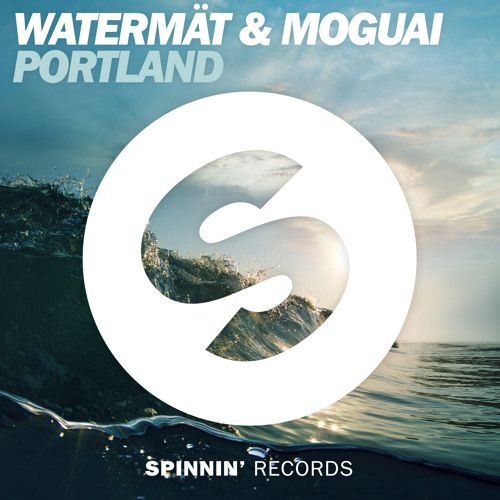 In a collaboration that few could have predicted, German producer and DJ extraordinaire MOGUAI has called upon the sun-drenched sounds of Watermät to create one of the biggest tracks of this year. ‘Portland’ is finally out on Spinnin Records and is available to stream below.

Having firmly established himself as one of the most sought-after collaborators following his Beatport #1 track ‘Mammoth’ with Dimitri Vegas & Like Mike, MOGUAI is at it once again, this time teaming up with Watermät, whose smash hit ‘Bullit’ became last year’s track of the summer. Both taking a step away from business as usual, MOGUAI and Watermät depart from their signature sounds, creating a dark and brooding anthem of epic proportions. With a driving synth hook that darts between octaves, thundering chords progressions and a pumping beat, this track has all the hallmarks of an end of summer blowout banger.

Trailblazer MOGUAI is no stranger to the scene. With multiple number one hits, global headline tours, and double platinum awards, this German producer has established a loyal fan base and a reputation for being one of the best in dance music. MOGUAI has remixed huge names like Beyonce, Afrojack and Britney Spears, as well as collaborated with music’s superpowers like Tiësto and Fatboy Slim. After two decades of legendary music MOGUAI continues to tour and release new grooves, keeping his fans continually guessing about what he’s got in store next.

‘Portland’ exemplifies MOGUAI’s musical intuition and innovation, showing off his ability to stray from the norm while maintaining excellence and accessibility. With support already coming from industry tastemakers such as Bakermat, Dada Life and R3hab, and now with a video to accompany it, ‘Portland’ is on course to rise to even greater heights in the coming weeks.

REMIX COMPETITION
‘Portland’ comes as Spinnin’s 1000th release and in celebration of this accomplishment they are giving back to fans by hosting a remix competition for the track. First prize will be awarded with a fun-filled weekend trip to Portland for two, with visits to the national park as well as flights included. The runner up will be treated to a range of studio gear and third prize will receive a collection of exclusive Spinnin’ merchandise. Keep an eye on MOGUAI’s socials for more information coming soon.