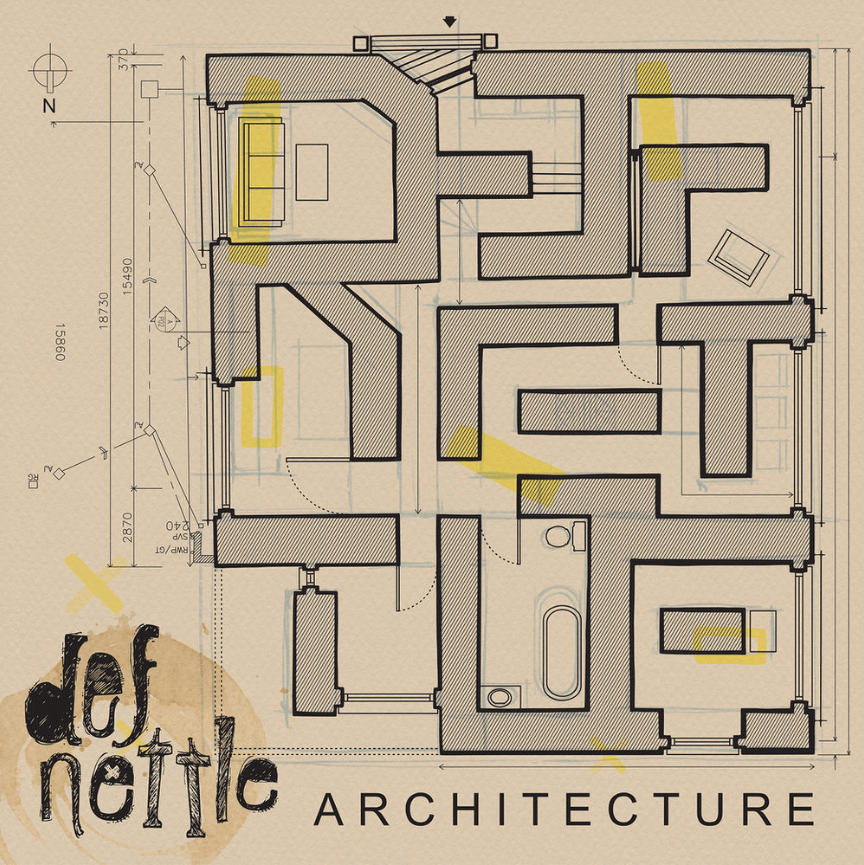 DEF NETTLE is the Post-Funk/Alt-Punk band by prolific musician GLEN BRADY, featuring a variety of musicians from around the world. The native Dubliner by way of New York, Berlin and San Francisco has worked at the top of his field in every aspect of music production and performance. For two decades, he has been making music with the likes of R.E.M., Dominique Keegan (The Glass, Plant Records), the California State Symphony, and has toured as a member of DARK, with Andy Rourke (The Smiths) & Dolores O’Riordan (The Cranberries). Now exploring new boundaries in  the latest track ‘ARCHITECTURE’, Def Nettle is set to release this third single on November 15, 2022.

‘Architecture’ is writer Glen Brady, looking back at an austere yet inspirational period in his life through the lens of what he has learned that has enabled him to find his place as an artist. It is a musical and personal take on a period of time that was both politically and personally oppressive. Despite these moments, such events spawned intense creativity, and allowed the manifestation of beauty in spite of circumstance. The lyrics are a look back at a lonely time in his life; bleak, Autumnal early 90’s Dublin. Grey and rainy, Def Nettle counterbalanced this environment with the power and energy of bands like Joy Division, Stone Roses (pre/proto Madchester energy) and is reminiscent of icons like The The and The Smiths – embodying a forlorn and Emo quality. Inspired by such genres, ‘Architecture’ was written on electric guitar with programmed beats and bass prior to the studio stages. Hammering out the arrangement with Guitarist, Joe Donegan and drummer, Jay Oglesby, the track was played live before bringing in Ely Siegel on bass, and additional guitars by Graeme Slattery – who gave it those extra retro licks.

“With ‘Architecture’, I am really finding my place in the songs and finding the sound I’ve wanted for the band: Hugely influenced by my roots but pushing my way into the future. It is as much late ‘80s as it is 2020s. It’s dark and autumnal but it’s also overwhelming live, just like all my favorite indie and goth bands from my teenage years. Now it’s time to take it to the stage and kick ass in the live arena.”

Described as an apex of a life spent creating music with some of the most renowned institutions, Def Nettle recognises the impact of working with such iconic figures and spearheads within the industry. A sound inspired by his life experiences, such rhetoric is fused into every aspect of Def Nettle’s  and his stories. Containing an insight that can only be told by an experiencing life on the edge, the sound is reminiscent of Brady’s Iggy, Lou Reed, Tom Waits influenced vocal projection.

Following the release of their two debut singles in 2022 – ’The Pills’ & ‘War Machine’ ft Andy Rourke of The Smiths on Bass guitar, Def Nettle received extensive radio play around Ireland and the UK. The debut single was included on Apple Music’s ‘New In Rock’ editorial playlist and enjoyed significant airplay across Irish radio on stations like 2fm, Radio Nova, Beat 102103, Limerick’s Live 95fm, and Cork’s 96fm – to name a few. Accumulating a plethora of press, Def Nettle exhibits a portfolio of pieces in platforms such as The Sunday Independent, RTE, The Sunday Business Post, Hot Press, The Golden Plec and many more. Accompanied by a band, Def Nettle is due to appear in the forthcoming season of Virgin Media One’s Fanning Live at Whelan’s, Dublin.

Def Nettle will be supporting Scattered Ashes at The Workman’s Club, Dublin on Friday 18th November. 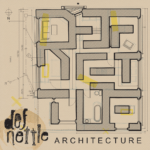