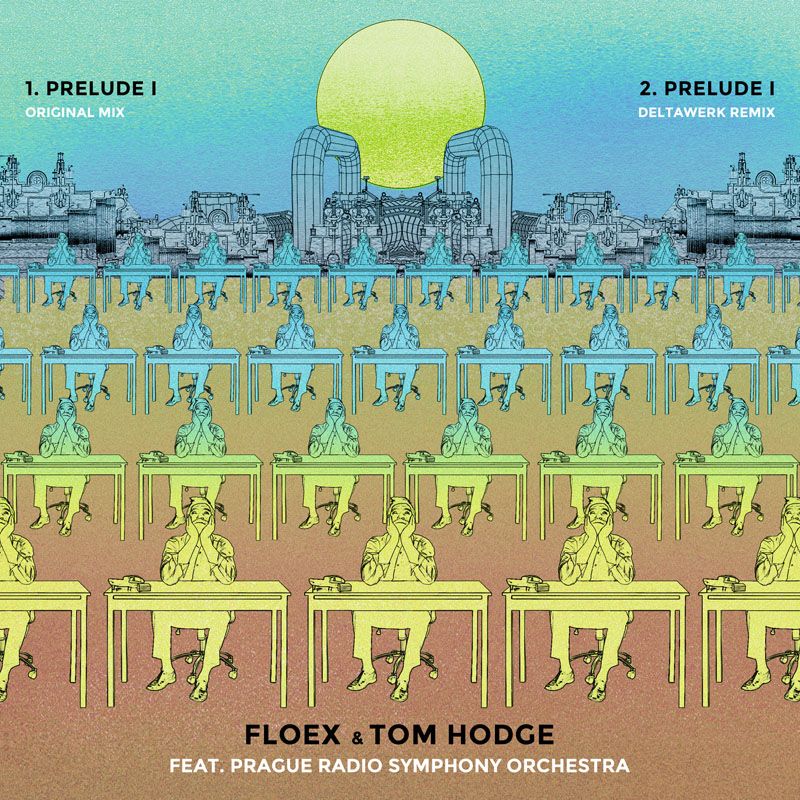 Following recent singles ‘Wednesday (Is The New Friday)’ and ‘John Doe Arise EP’ with a Max Cooper remix, Floex & Tom Hodge have announced that a third single ‘Prelude EP’ will be available from 15 Jun. The 2-track EP, which comprises ‘Prelude I’, and a remix of the original from Deltawerk, is the third in a three-part EP series ahead of Floex & Hodge’s forthcoming collaborative album ‘A Portrait Of John Doe’ (available from 29 June via Mercury KX).

The pair began working on the album after meeting at the Berlin festival in 2014, the project has taken three years to complete and saw the pair work together with the Prague Radio Symphonic Orchestra (PRSO) to bring the music and their arrangements to life.