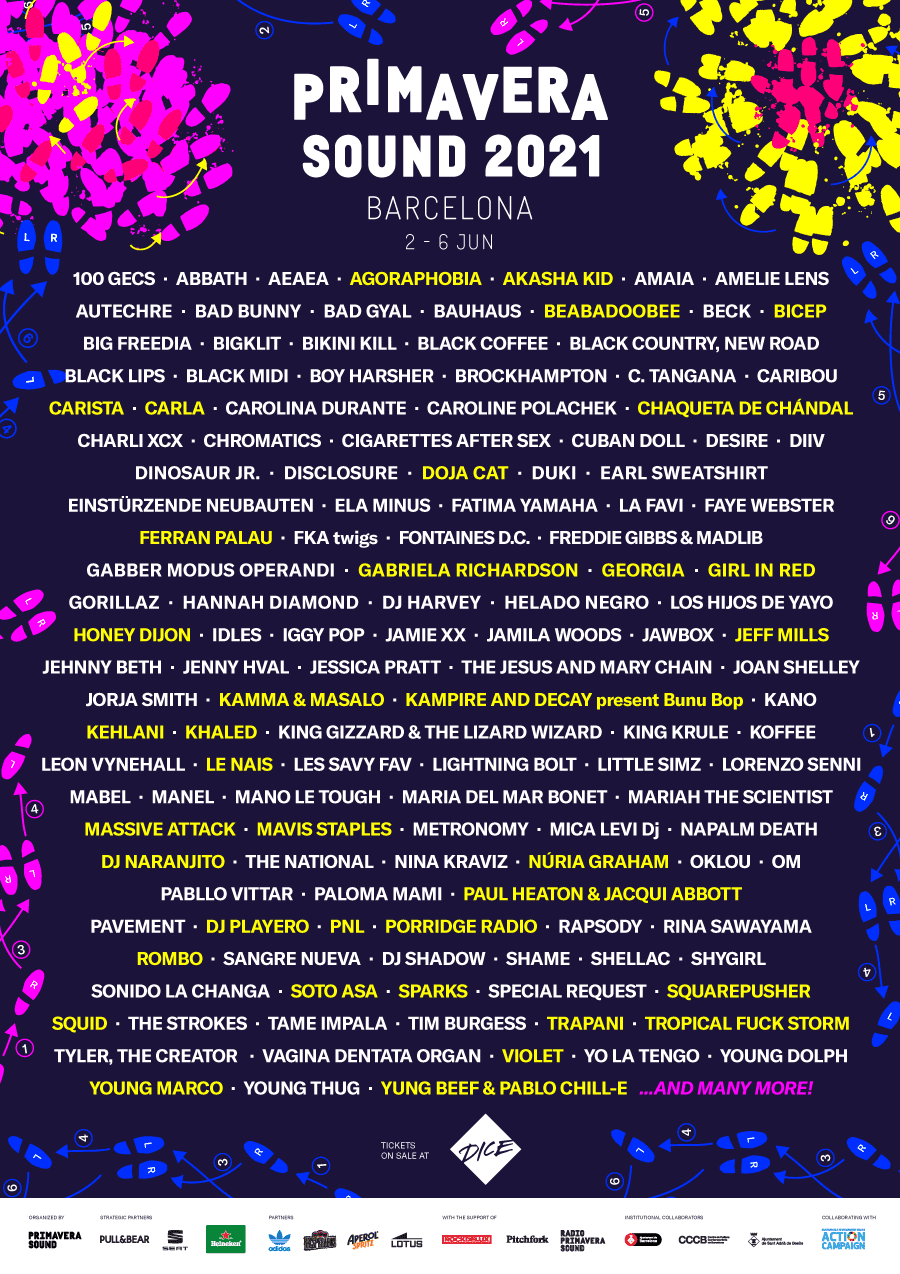 Full festival tickets for the #bestfestivalforever on sale today on DICE

The new audiovisual streaming platform PS Life debuts today with a four-day special programme that will include concerts, listening parties and meetings with artists

Yesterday the gates of the Parc del Fòrum of Barcelona should have opened to inaugurate the twentieth anniversary of Primavera Sound. After months of preparations and weeks in which music would have begun to fill the city, finally it was the moment to welcome tens of thousands of people coming from all over the world ready to experience the best week of the year, thanks to the music of the over two hundred artists who were going to perform and to the dedication of thousands of workers who were going to make it all possible.

Unfortunately, and for reasons already known, that will not be the case. But the festival is still looking ahead now that there is less than a year to go until the arrival of Primavera Sound Barcelona 2021, which will take place from June 2nd to 6th next year in the Parc del Fòrum. The first hundred names announced last week are joined by another 37 artists today, among which stand out the eternal innovators Massive Attack, the soul icon Mavis Staples, BICEP’s lysergic electronic music and the emperors of French rap PNL, accompanied by new additions to the 2020 lineup such as the sensation Doja Cat, the new voice of R&B Kehlani, the tireless Sparks, the hard-hitting anthems of Porridge Radio and the young Filipino-British artist Beabadoobee.

Also renewing their presence in the festival’s line up are the adult pop duo formed by Paul Heaton & Jaqui Abbott, electronic music sorcerer Jeff Mills, the one-woman-band Georgia, Squarepusher’s good chaos, the massive little songs of girl in red, the blues commotion by Tropical Fuck Storm and African sounds from Ugandan DJs and activists DJ Kampire and Decay. Also, Yung Beef will once again extend his invitation to the Chilean Pablo Chill-E to present the songs of their joint mixtape Shishi Plugg, Squid will download their sonic anarchy, DJ Playero will repeat his performance as godfather of reggaeton, Kamma & Masalo will offer us their glittery funk and Honey Dijon will take us to a frenzy on the dance floor.

Primavera Sound Barcelona 2021 will not lose the pulse of the local scene either, whether it be thanks to new references such as the metaphysical pop champion Ferran Palau, the irrepressible Agoraphobia or Núria Graham finally presenting her album Majorie (El Segell, 2020); to up-and-comers such as Akasha Kid, Soto Asa and Trapani on the urban scene or Carla, Le Nais and Gabriela Richardson in new pop; or gems from the Barcelona underground like the indie pop trio Rombo and Chaqueta de Chándal with their anti-everything and post-everything noise. Primavera Sound Barcelona would not make sense without its entire ecosystem.

We remind you that all tickets purchased for Primavera Sound Barcelona 2020 are valid for the 2021 edition and that all those who decide to keep them will enjoy special benefits.