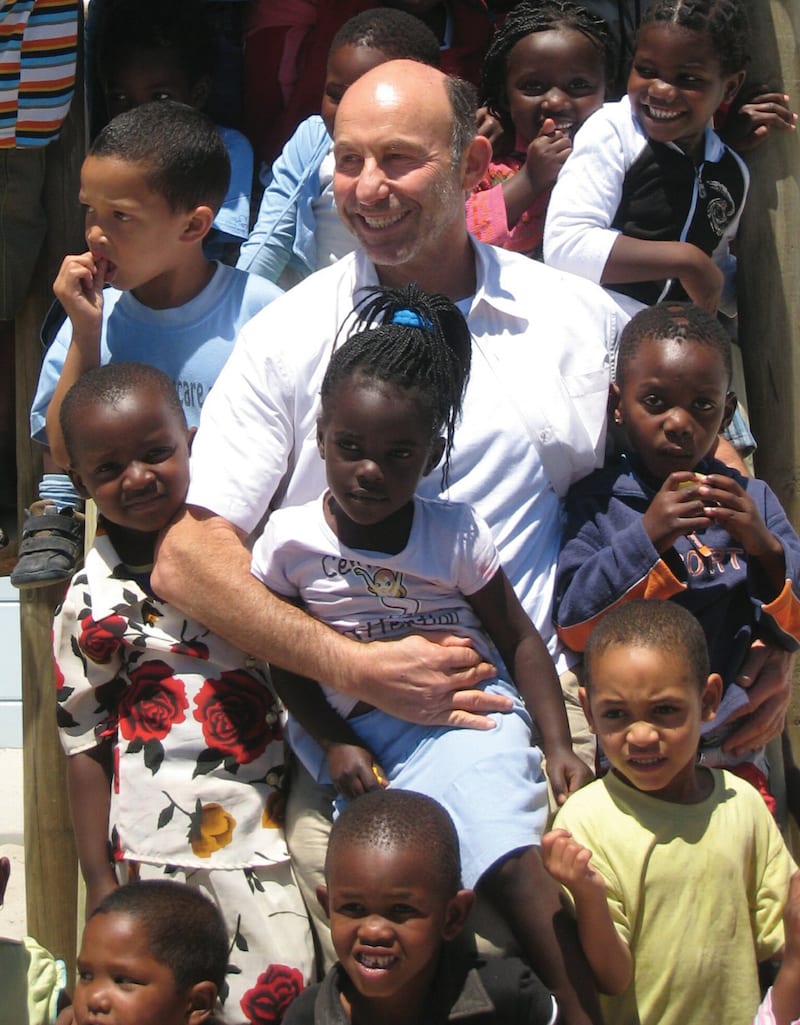 Prime Minister Theresa May has awarded a volunteer from London for providing support to people affected by HIV/Aids.

David Altschuler founded the One to One Children’s Fund, which supports children, families and individuals affected by HIV. The Fund’s programmes have directly impacted the lives of over 30,000 children. The Fund focuses on identifying the key issues affecting vulnerable people and then delivering transformative projects to improve their lives.

David is the latest recipient of the Points of Light award which recognises outstanding volunteers who are making a change in their community and inspiring others. Each day, someone, somewhere in the country is selected to receive the award to celebrate their remarkable achievements.

In a personal letter to David, Prime Minister Theresa May said:
“Your ambitious work with the One to One Children’s Fund is benefitting thousands of vulnerable women and children throughout pregnancy, birth and breastfeeding. You should be proud of the international work you are doing in your mission to eradicate mother-to-child HIV transmission. ”

David said:
“I feel deeply honoured by the award, which is a tribute to the amazingly resilient children served by One to One Children’s Fund, who ultimately inspire and motivate all that we do. We have been able to transform the lives of more than 100,000 vulnerable children over the past 16 years by setting up local structures and partnerships and training, mentoring and inspiring those we identify as role models in each community who are best placed to fill the gaps in their care – expert patients, community health workers, mentor mothers and adolescent peer supporters, as well as teachers and family counsellors. As inspiring, is the collective effort and unconditional support of the most unbelievably generous and loyal Trustees, supporters, partners and staff teams that any organisation could ever wish for. Our ultimate reward is seeing our projects being replicated and graduate to sustainability by local organisations and governments.”
David is the 747th winner of the Points of Light award, which has been developed in partnership with the hugely successful Points of Light programme in the USA. Over 5,000 Points of Light have been awarded in the USA, and both President George H. W. Bush and President Barack Obama have publicly supported the partnership with Points of Light UK. There is a similar cross-party approach to the UK programme and MPs from different parties often present their constituents with their Points of Light awards.
Regardless of whether it’s a doctor restoring local monuments in her free time, a father teaching young people life skills, or a local musician giving a voice to lonely people, the Points of Light award honours shining examples of volunteering across the UK.

Tulip Siddiq, MP for Hampstead and Kilburn said: “The One to One Children’s Fund has become synonymous with efforts to confront the most enduring and horrific public health issues affecting vulnerable children around the world. Their work is high impact and has transformed the futures of thousands who live in developing nations. For almost a quarter of a century David has been at the forefront of those efforts, and he is wholly deserving of this award. I am proud that Hampstead and Kilburn is home to One to One, and that David’s years of service have been formally recognised by the Prime Minister.”