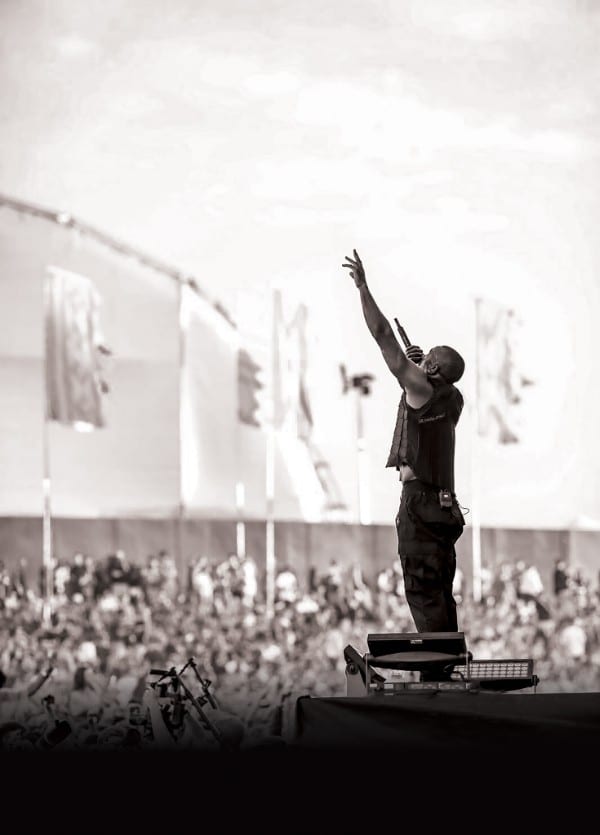 One of grime’s biggest stars and the self-styled ‘King Of The North’, Bugzy Malone will bring his hard-hitting verses to Printworks this October. Tickets for this Autumn’s event will go on sale via Kaboodle at 10am on Thursday 12th July.

Hailing from Manchester, Bugzy Malone has become one of the leading voices in the grime after the unparalleled success of his three EPs ‘Walk With Me’, ‘Facing Time' and ‘King Of North’ – all of which have landed within the coveted top 10 spot on the UK albums chart. All three releases combined, his tracks have been streamed over 200 million times and his Youtube channel has amassed 100 million views.

As compelling live as he is on record, a Bugzy Malone show is an unprecedented demonstration of UK urban talent. The grime powerhouse rises to any performance and has won over thousands of fans at some of the UK’s biggest festivals, such as Reading & Leeds, Parklife & Wireless, by spitting bar after bar of carefully-crafted lyricism.

With his debut album ‘B. Inspired’ set to drop on 17th August, Bugzy Malone will arrive atPrintworks in October with fresh tracks in his already impressive arsenal. A truly special moment in London’s gig calendar, this show is not one to miss.

Having launched the brand new 3000 capacity live venue space in early March with an astounding headline performance from psychedelic art-rockers Django Django and follow up performances from drum and bass powerhouse Pendulum and triple BRIT Award nominated Tokio Myers, Printworks London has cemented itself as one of the most exciting live spaces in Europe.

With more shows to be added throughout the year head to printworkslondon.co.uk and follow @Printworks_LDN for more information.

Bugzy Malone – 19th October 2018 Information
Tickets will go on sale at 10am on Thursday 12th July via Kaboodle.
https://www.kaboodle.co.uk/printworks/Bugzymalone
Tickets will cost £19.50 + £1.95 booking fee.
14+ (Under 16s MUST be accompanied by an adult)
The event will take place from 7pm until 11pm.