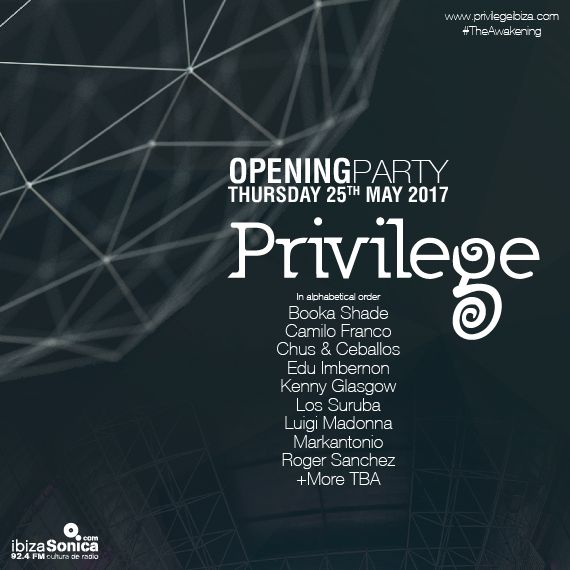 Launching at 10:00pm on Thursday May 25th  Privilege Ibiza moves into a high gear as all doors open for the start of the 2017 season

This is the year of change in the world´s clubbing capital. It is the dawn of a new era and the beginning of an exciting new season for the biggest club in the world. The summer awakening of this hibernating nightlife giant begins with the Opening Party on Thursday 25th May showcasing some of the best names in the scene and a serious display of house and techno prowess. The club itself has undergone something of a refurbishment so is all set to sparkle once again in 2017.

Expect an abundance of energy and thousands of hands in the air, top notch music and a cutting edge roster of DJ talent guaranteeing a roof blowing session for Privilege´s first night of the season.