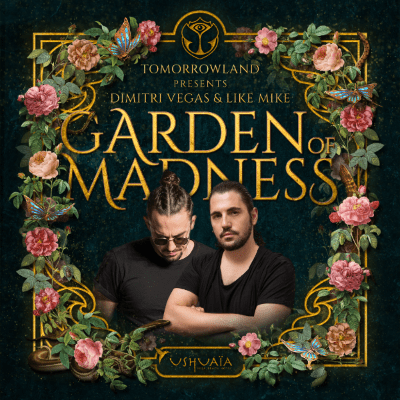 With their final residency shrouded in mystery for many months, Ushuaïa Ibiza Beach Hotel have finally put the rumours to rest with the announcement that they have joined forces with Tomorrowland & Dimitri Vegas & Like Mike to host a magical summer of madness.

When one of the greatest festival brands in the world sets their sights on Ibiza, it was only natural that they would look to collaborate with one of the island’s most iconic venues. Kicking off on 4th July, Tomorrowland residents Dimitri Vegas & Like Mike will be taking over the decks at Ushuaïa every Tuesday night to bring fans two months of pure mystical mayhem.

Speaking about the residency Dimitri Vegas & Like Mike said: “We’re super excited to join the Ushuaïa family and teaming up with Tomorrowland to bring our beloved Ibiza something they’ve never seen before. People who ever visited a ‘Tomorrowland presents Dimitri Vegas & Like Mike’ arena show – like the ones we do for 84,000 people in the iconic Sportpaleis in Belgium – know they can expect something unreal… our challenge now is to push it to the next level.”

In true Tomorrowland style, the Garden of Madness promises to be an incredible extravaganza for all those lucky enough to experience it. Combining Ushuaïa’s astounding production possibilities with Tomorrowland’s extraordinary vision, prepare for a spellbinding spectacular like nothing the island has seen before!

Responsible for the smashing the festival’s main stage each year, Dimitri Vegas & Like Mike became an inherent component of its phenomenal appeal and have in turn earned legions of fans around the globe. Their phenomenal global reach has seen them expand their ‘Bringing The Madness’ arena show into an 84,000 person event that sells out in minutes, play every major dance music festival, collaborate with the likes of Ne-Yo, Steve Aoki, Diplo, Kid Ink & David Guetta and become the first ever duo to be named World #1 DJ in the DJ Mag Top 100 Poll.

A name synonymous with some of the finest nights the Balearics has to offer, renowned for their top-notch artist bookings and first-class production, lighting and visuals, Ushuaïa’s famous poolside parties make the perfect playground for DJs around the world to host their concepts. Boasting an impressive main stage with state of the art DJ booths, awesome visuals and pyrotechnics as well as a lake-shaped swimming pool and direct access to the beach, Ushuaïa is the only place party goers can dance under the stars to the beat of electronic DJs.