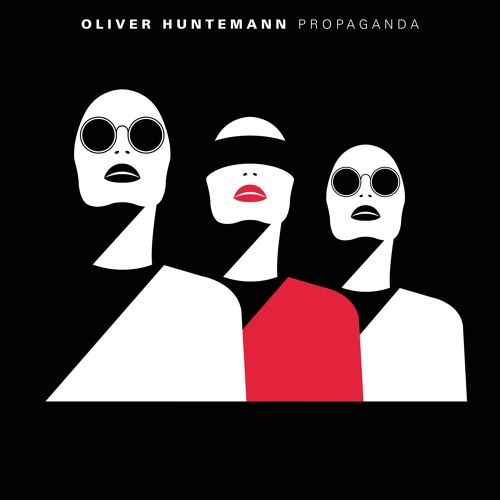 October 13th 2017 sees the esteemed German Techno DJ/producer Oliver Huntemann find himself on the cusp of yet a new era in his career with the release of his fifth album entitled, ‘Propaganda’.

Oliver Huntemann has been a prominent and respected name within underground dance music for over two decades. Throughout his career, the gifted Hamburg-based ​DJ/​producer has achieved much praise and recognition through releasing no less than four acclaimed artist albums (‘Paranoia’2011, ‘H-3’ 2009, ‘Fieber’ 2006 and ‘Too Many Presents For One Girl’ 2004), countless EPs and remixes plus his stellar collaboration projects with the likes of Dubfire, Stephan Bodzin and André Winter.

'Propaganda' is Huntemann’s the fifth long-player, and like each of its predecessors, it shows a different side to one of the most consistently rewarding names in Techno. Huntemann explains, “The sound of Propaganda is more grown up, I’ve left the times of reducing to the max behind to create a certain atmosphere throughout the whole album. Of course most tracks work well on the dancefloor but the task was also to make them as interesting as possible for listening sessions – simply to reach another level.”

Released on his own Senso Sounds label, the album exudes the level of assurance that perhaps only comes with being so active in curating and developing a label that has stood out from the masses since its inception in 2014.

'Propaganda' opens with 'Taktik', and the mood is quickly established through crisp motorik drum programming and deep, pulsing bass lines.'Poltergeist' – the 2nd cut, continues this aesthetic – a deep and spacious groover.

Clocking in at over 1 hour 15 minutes, the 12-tracker allows a lot of space for itself, each tracking having the time it needs to develop and unfold.'Egoist' ramps up the feel somewhat with intricate melodies and effects, before breaking down into something that will destroy many dance floors. Yet the beauty of the album format is that it allows for various mood changes, and 'Malaria' brings us something of a shift into a more freaked out and edgy vibe, while 'Anonym' highlights Huntemann’s mastery of atmosphere, serving as an ambient / downbeat interlude. 'Rotlicht' is perhaps a standout for fans of Huntemann’s epic DJ sets, exhibiting all the control and release dynamic that make him such an engaging performer. It’s also clearly a key cornerstone for the entire album.

Next up is 'Absurd', followed by 'Manipulation' – both reference the exquisite sound design Huntemann instils into his precision-built tracks, while remaining primed for club use at all times. 'Momentum' switches up the tempo, perhaps influenced by more experimental, no wave and krautrock sources – and serving as punctuation before the album's final triptych. 'Vertigo' sees shimmering arpeggiated synths skip across a solid rhythm track, while 'Doppelgänger' builds a delicious tension through constant pads and pulsing, blocky bass tones. 'Trick17' ultimately rounds off 'Propaganda', – an expanse of emotionally charged techno with Huntemann’s signature feel woven into its fabric.

'Propaganda' is available via Senso Sounds on October 13th 2017.