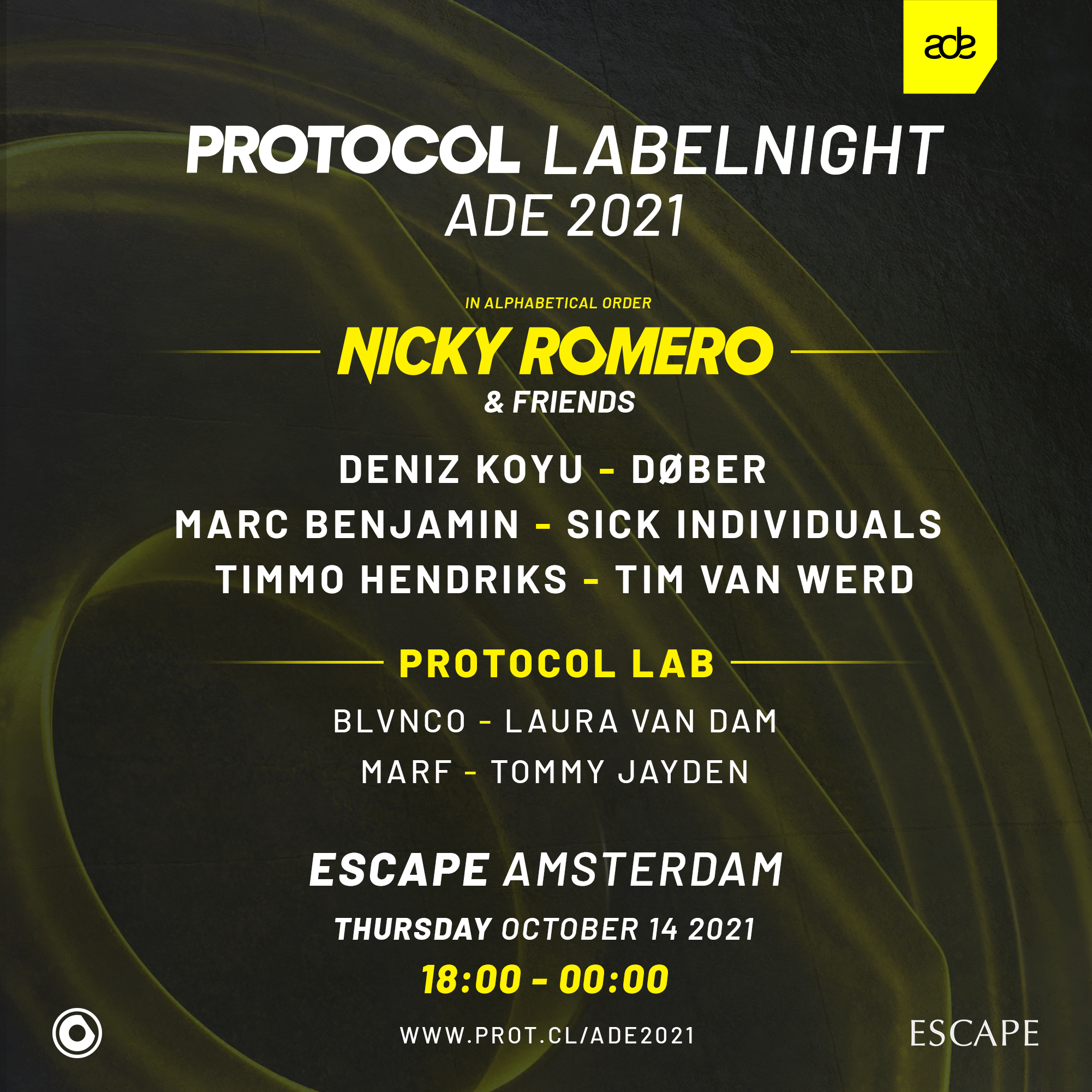 After a one-year break caused by the worldwide pandemic, Amsterdam Dance Event is returning in 2021, so is Protocol Recordings‘ iconic showcase. This year “Nicky Romero & Friends” will move to a new location, which is of one of Amsterdam‘s most known venues – Escape. On October 14th, the club will feature plenty of the label’s established stars and rising talent. “Nicky Romero & Friends” mainstage, next to Nicky Romero himself, will see performances from Sick Individuals, Deniz Koyu, Marc Benjamin, Timmo Hendriks, DØBER, Tim van Werd, and you never know who might show up as a surprise guest! In the past years, Nicky Romero has invited some very special never-announced friends, such as David Guetta, Martin Garrix, Armin van Buuren, Afrojack, Sunnery James & Ryan Marciano, among others. In addition to the main room’s lineup, attendees will be treated to the Protocol Lab room featuring BLVNCO, Marf, Tommy Jayden and Laura van Dam. You can already start preparing for a wild evening of dance music and partying. Snag your tickets here before they sell out, and on the lookout for Protocol‘s annual ADE-themed EP, coming out in October. See you in Amsterdam.

Founded by Nicky Romero in 2012, Protocol Recordings is one of the leading imprints for innovative electronic dance music. It boasts a roster of heavy-hitters, complemented with immensely talented up-and-comers such as Thomas Gold, Deniz Koyu, Teamworx, Futuristic Polar Bears, Trilane, Marcus Santoro, Stadiumx, Tim van Werd, Timmo Hendriks, Marc Benjamin and Nicky Romero himself, to name a few. All with a diverse range of sounds that are guaranteed to light up a dance floor. The label has cultivated a strong presence in the dance music scene from Miami Music Week to the Amsterdam Dance Event and beyond, consistently bringing the good vibes and wild nights with beloved veterans and fresh faces in the live performance circuit. Protocol‘s ADE events have a reputation for being one of the best nights in dance music all year, and this one will be no different. Join them on October 14th at the Amsterdam‘s iconic venue Escape. Previously Protocol has been expanding their showcases with events at Chroma Club in Seoul, South Korea; Bone Club in Pattaya, Thailand; ORA Nightclub in Miami, London‘s Ministry of Sound and hosted their own stage at Medusa Festival in Spain and Hungary‘s Balaton Sound, to name a few. Expect more cutting-edge new music and exciting concepts coming very soon! 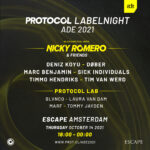