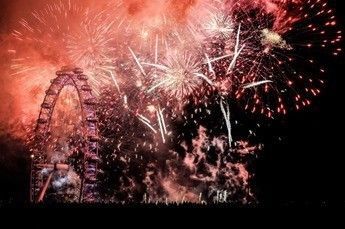 Leading boat party outfit, Pukka Up, will join forces with notorious nightclub brand, Kinky Malinki, at Konnect London for the official after party to its New Year’s Eve Fireworks boat party. From the River Thames to the newly refurbished Pacha, (now known as Konnect), boat party ticket holders can gain entry from 1:30am to continue the celebrations, and with the added bonus of London’s tubes running all night, there is no excuse not to dance the night away!

Priding itself on delivering quality house nights for the last 15 years, Kinky Malinki is unshakeable when it comes to throwing memorable nights out. Its New Year’s Eve party promises to be no exception with two rooms of music – deep and vocal house in room 1, and Kinky Classics in room 2 – provided by the Kinky Malinki residents DJs and two very special guests to be announced. By teaming up with the Ibiza’s longest running boat party specialists, Pukka Up, partygoers will see in 2015 with a night they won’t forget.

The Pukka Up New Year’s Eve Fireworks boat party is its most glamourous event of the year so it’s no wonder it sells out every time. Two boats will cruise through the heart of London to watch the city’s iconic fireworks set to a soundtrack of uplifting and deep house music. With bubbly on arrival for all guests, bottles of Cava on board for just £20, and VIP packages for those wanting to party in style, this event never fails to impress.

As London Mayor, Boris Johnson, has limited the viewing area for this year’s fireworks display to 100,000 spectators, and having introduced tickets that have already sold out, Pukka Up’s event is one of very few ways left to get close to the spectacular show.

Tickets to Pukka Up are selling fast – advance tickets phases 1-3 have already sold out so buying quickly is strongly advised to avoid disappointment. Pukka Up are natural leaders when it comes to throwing parties on the water, and this New Year’s event is one not to be missed.  Think boat party, think Pukka Up…

TICKETS (All tickets include entry to after party)