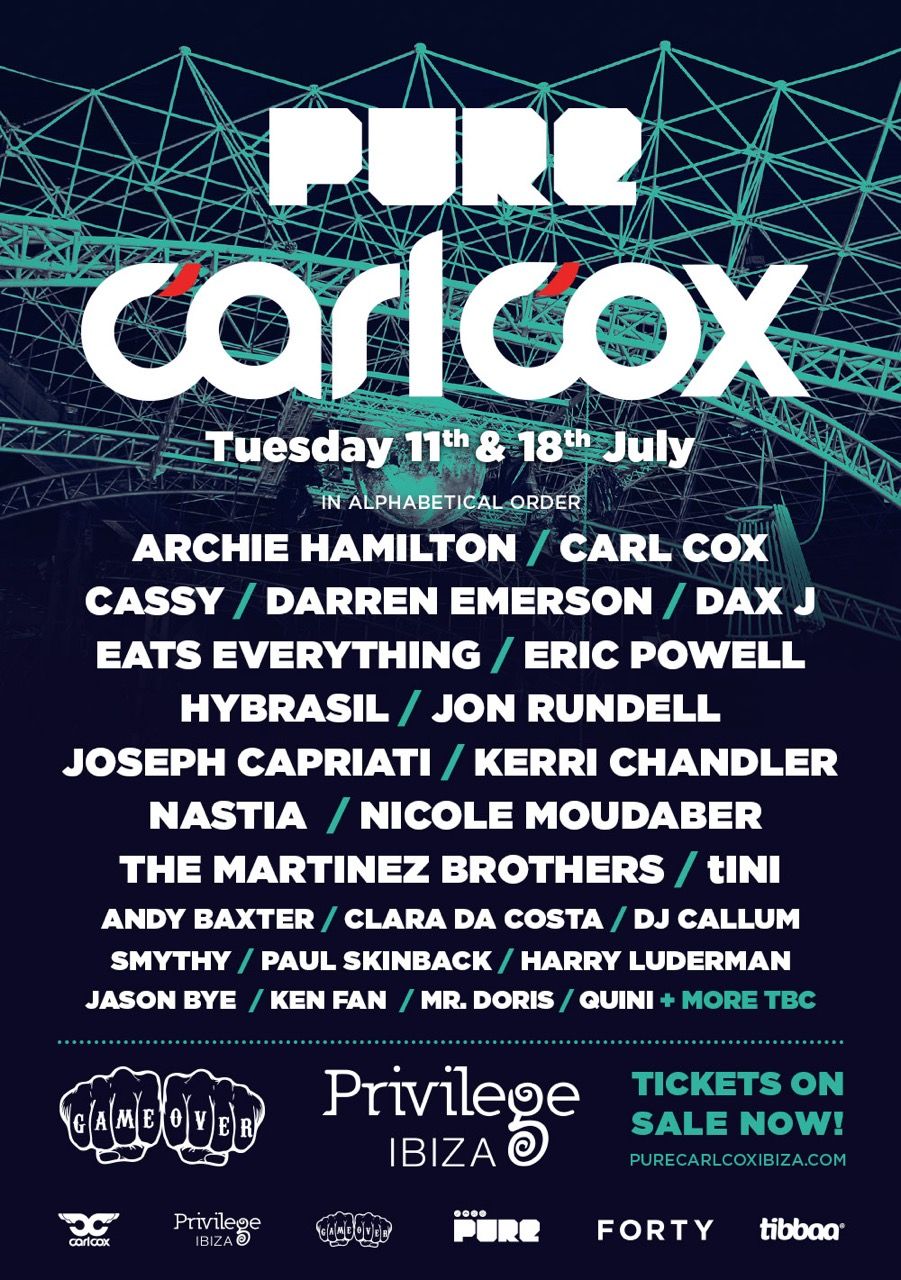 2017 is the year of change in Ibiza. A new era beckons and the island is adjusting and awaking to new ideas and events.  What that means is that, after a long wait, weeks of rumours and months of whispers it is time to wake up: the plans for Ibiza kingpin Carl Cox’s next big moves on the White Isle can finally be revealed…

With a nod to the old school, to the hedonistic early days of Ibiza when rave ruled, Carl Cox will be setting up camp at leading super club Privilege for some no nonsense, no frills house and techno parties alongside the world's finest selectors. Cox, of course, spent years in the rave trenches in the UK, playing cat and mouse with the authorities as he fought for our right to party. Now he is re-energising himself in the same way and is ready to make his aural assault on the Ibizan summer.

As always Coxy will have a whole host of hand picked local talent joining him on both dates to add that special island flavour to the parties. Andy Baxter, Jason Bye, Clara Da Costa, Mr Doris and many more will be setting the tone from early doors.

"We are going in deep.” As Coxy said himself to Mixmag recently. “We’re not here to fuck about. This is a no holds barred affair. Think straight up hands in the air house and techno. We are giving Privilege the shake up it well and truly deserves. Awaking this beast from it’s slumber. It’s like a rebirth of the hedonistic days gone by with a multi roomed clubbing experience like no other on island.”

The idea with these parties is to go back to basics, to put the music first and foremost and to party hard each and every week. These events are for no nonsense clubbers. We want everyone getting stuck in.

Coxy continues, “We want clubbers to feel the vital and exciting vibe as soon as they walk through the doors. With the reinstatement of one of our favourite rooms in Ibiza, The Coco Loco, you can expect unadulterated craziness from the get go."

Event Promoter Dave Browning is also excited about the new move to Privilege, saying “We have a monster on our hands here. Having come from Space we’ve been very careful about making the right move and now everything is coming together we’re looking forward to unleashing this beast”.

This is sure to be a headline making, road blocking new party at Privilege. As for the rest of the season, rest assured that only serious selectors, titanic techno talents and heroic house DJs will be called upon to take the island back to the underground this summer.