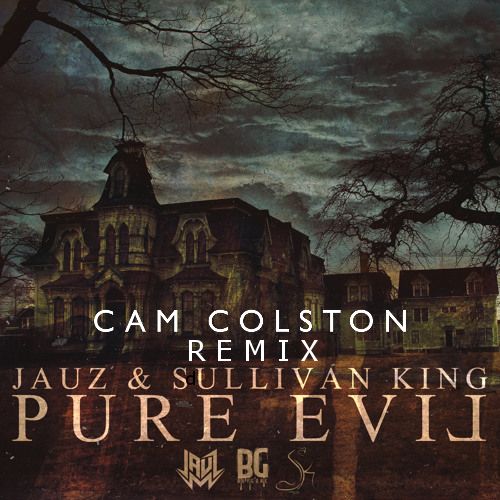 Cam Colston is quickly becoming one of the most notorious up and coming Dance music producers in the scene. He has turned his hand to many different genres but is notable for being able to create anthem after anthem. Boasting his trademark sonic blend, his catchy hooks alongside tight production skills make him instantly recognisable.

The Las Vegas based DJ and producer has had a successful 12 months creating a variance of tracks, many of which being picked up by multiple record labels along the way. ‘Apocalypto’ on Filthy Sounds and ‘Enter’ on Smile Creations were two of his most popular releases, which gained much attention on Beatport and at his live shows, whilst his project last summer on Old SQL recordings highlighted his malleability in production.

Alongside his ability to create popular original productions, he has come up with a number of well-received remixes in the past year, and has now revealed his entry to the Jauz and Sullivan King remix contest. ‘Pure Evil’ created one of Buygore’s most prevalent releases in 2014 and is now being reimagined by hundreds of artists around the world to attempt to win a slot at #FEST – America’s largest college music festival.

The raw talent breaks through the track from start to finish, with a progressive and emphatic build up typical of a Colston production, before a brutal drop. He creates a hybrid track, with Electro House rumblings, alongside crisp Dubstep inspired synthesis. Cam Colston has certainly delivered once again and has managed to break boundaries and put his signature on a unique blend of genres.

Supporting Cam Colston’s work is easy – simply have a listen to the track and like. The judges will certainly go through to all the remixes but will inevitably take note of those with the most support by the community. Cam Colston’s ‘Pure Evil’ remix is available – vote quickly.