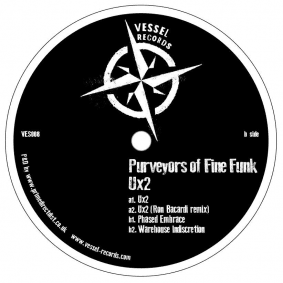 Known for many significant moments in techno, the Metamorphic Recordings label boss Dan Curtin returns to his house roots through his Purveyors of Fine Funk alter-ego that’s highly regarded for releases on Peacefrog Records, Nepenta and Bass Culture. The fantastic Vessel Records founded by Back to Basics resident James Barnsley come into its fourth year following releases from Politics of Dancing, DJ W!ld, Trackers, DJ Honesty and the label boss himself.

Ben Sims’ alternate alias, Barrow Boy, famed for a remix of UK Rave Classic, ‘Dominator’ offers up a heavy, hardcore influenced roller, as the enticing notes balance harmoniously with rippling elements and alluring leads before a reprise of ‘Phased Embrace’ soothingly rounds off the pack.