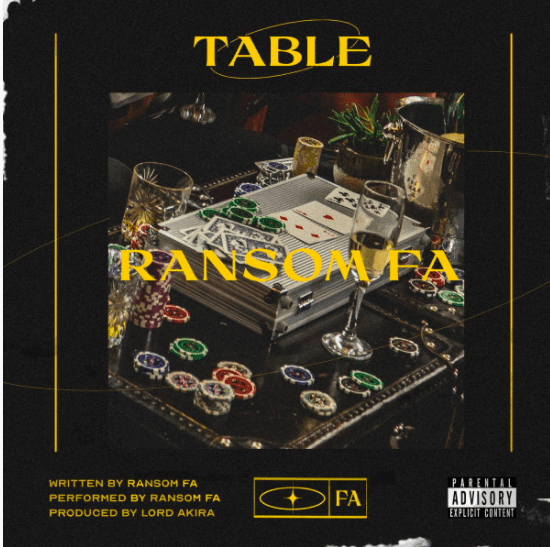 When regarding the Scottish Rap scene, Ransom FA is currently the biggest name coming out of the north of the British Isles and has subsequently grown to be one of the most stand out rappers in the current soundsphere. Having shared the stage with many of the biggest UK Rappers, such as Skepta, Mist and M Huncho,, he is also titled as the first Scottish rapper to ever grace an Eskimo Dance line up, has amassed hundreds of thousands of streams across key platforms such as Risky Roadz, 1Xtra and GRM Daily, plus he also featured as one of the stars on the first BBC Three and BBC 1, multi-award nominated series ‘The Rap Game’, hosted by DJ Target, Krept and Konan. Thrusting the Scottish Rap scene into the limelight, Ransom involuntarily, but proudly, made the music industry to take Scottish Rap seriously and in his new track, the Aberdeen representative lays down his cards on the ‘Table’ to detail his tumultuous journey.

‘Table’ is a story about reflection and relief, perfectly retold with genuine heartfelt lyricism and Ransom’s Scottish accent grabbing on to the bars to pour further resonance into the soul of the record. Lyrically retracing troubled times from his past, challenges he faced and overcame, plus the questioning over loyalties of those within his circle, the emotive instrumental, produced by Lord Akira, is a perfect convoy for the message of this track. As said by Ransom FA himself: “Since linking up with Lord Akira, I was finally able to make the music that energizes my imagination. We’re on the rise so felt only right to create an anthem to suit the occasion”

The mellow piano chords and vintage vocal-sample chops set a solid foundation, whilst the faint synth hum adds a subtle brightness to the beat. The drum pattern is kept simple with minimal flares of percussion, including high hat variations and clap rolls, allowing Ransom’s unique and defining voice to be highlighted and the lyrics to create the main rhythm of the record. From the catchy chorus to the canny verses, the whole track comes together to provide a constant flow and upbeat directive.

Whilst Ransom FA has been instrumental in making the Scottish Rap scene flourish, he continues to claim achievements throughout his career in numerous directions. Alongside being a talented music artist, Ransom is also becoming well-versed in TV and philanthropy. He recently presented a documentary on Goal FM, known as the ‘Vice of Football’, and is set to be returning to tv screens to host his very own show alongside Scunthorpe based rapper F.O.S. on BBC 3 – ‘The Rap Trip’ where the duo will be travelling the UK to discover and explore the burgeoning Rap communities emerging across Great Britain. Closer to home Ransom has also ensured his local community  don’t face the restrictions that a lack of musical infrastructure gave him and he has opened ‘Ransom HQ’ in his hometown – a studio space that offers affordable services as well as a variety of workshops for the next generation of artists.

Becoming a regular at taking the screens and speakers by storm, there’ll be no hiding from Ransom FA as he steps up to the ‘Table’.

Stay up to date with RANSOM FA by following his socials for news about upcoming releases & more. 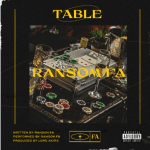