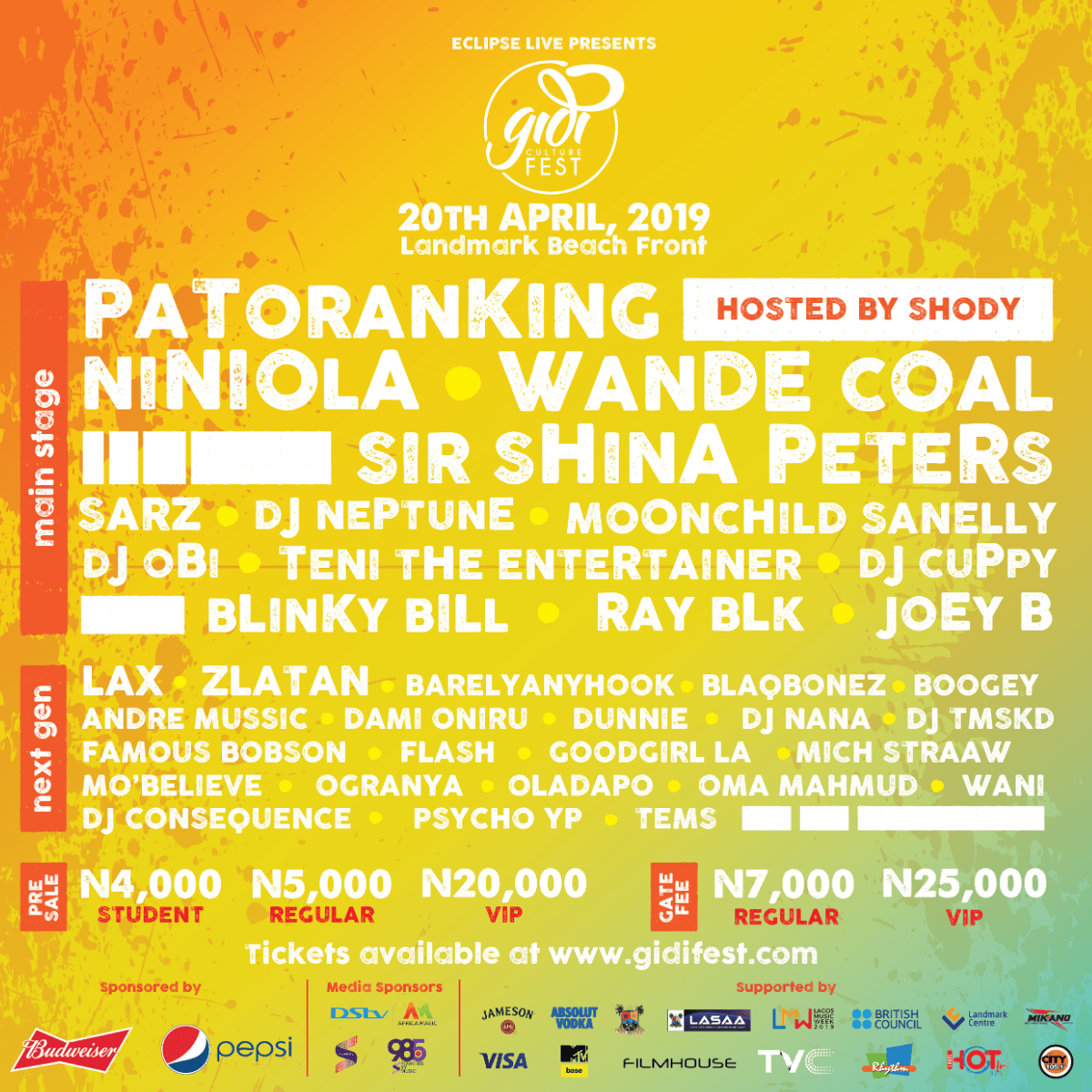 Gidi Culture Festival announces more names to join the forward thinking line-up for the 2019 edition in Lagos this Easter – including the first returning show for Nigerian-born UK based artist Ray BLK, Kenya’s Blinky Bill, Ghana’s Joey B and Lagos’ own DJ Cuppy.

Ray BLK, is a British singer, songwriter, and rapper. She self-released her EP,Durt without any help from a label won the BBC’s Sound of 2017, becoming the first unsigned artist to do so. The R&B singer already has a Stormzy collaboration, played a set at Glastonbury Festival and a whirlwind tour of America under her belt. Having just sold out her biggest London headline show, Gidi Fest are excited to bring her back to her birthplace in Lagos for a significant show at Landmark Beachfront, Victoria Island.

Speaking on her return to Lagos, Ray BLK says: “I’m very excited to be coming back to my hometown to perform. It will be my first ever live performance in Nigeria.”

Blinky Bill is a trailblazer on the Kenyan urban scene, with his debut albumEveryone’s Just Winging It and Other Fly Tales standing as one of the most progressive albums off the continent in 2018. The DJ and producer who is the backbone of the collective “Just an Band” toured in France and the UK. He has also played at The Cape Town Jazz Festival, Littlegig in Stellenbosch, the TED Conference in Vancouver and has been included in the 2018 Yerba Buena Centre of the Arts YBCA100 – a list of 100 people shifting culture and creating change. His music is a mix of electronic music, futuristic African beats, funk and hip-hop.

Joey B, is a Ghanaian hip-hop recording artist well known for his single Tonga. Joey B has collaborated with artistes such as Sarkodie, EL, Fuse ODG, Edem and many others. The rapper’s music has been influenced by several artistes, such as Kanye West and Kid Cudi.

DJ Cuppy is a Nigerian disc jockey and producer who went to school in London and graduated from King’s College London in July 2014, with a degree in Business and Economics. Her style is described as “Neo-Afrobeats” – a fusion of Electro house and Afrobeats.

Gidi Fest has previously announced an array of internationally recognised talent for the festival and is set to deliver an unforgettable experience. Blinky Bill, Joey B, and Ray BLK joins previously announced Patoranking, Wande Coal, Niniola, Teni the Entertainer, Moonchild Sanelly,  DJ Obi, Dj Neptuneand the legendary SIR Shina Peters, with Zlatan and LAX headlining the next Gen stage, amongst many other next gen talents.

This also shows that Gidi Fest is a leader of the urban youth movement and a globally recognised platform by connecting international acts, through the festival.