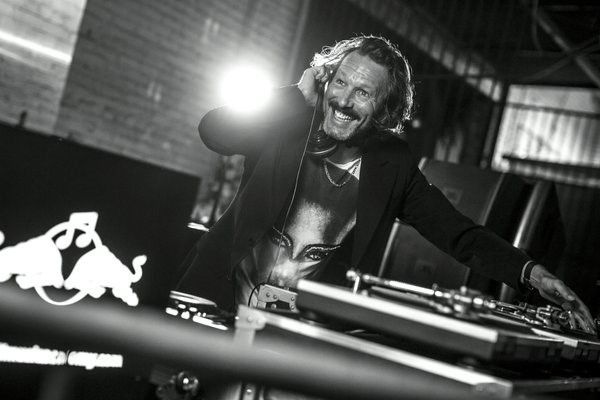 Forming a further part of our 15th Birthday celebrations, Red Bull Music Academy has announced that DJ Harvey will be steering his disco-fuelled road trip straight into Farringdon on Thursday 23rd October. Fresh from receiving the prestigious ‘Outstanding Contribution’ Award at this year’s Ibiza DJ Awards, Harvey’s unfaltering commitment to the beat continues with a tour that sees him perform shows here at fabric in London ahead of dates in Manchester and at Simple Things Festival in Bristol.

After delivering his signature, hypnotic blend of disco, Balearica, rock’n’roll and electro-funk at RBMA stages at Lovebox and Bestival, the allegiance continues with this 3-stop road trip. Kicking off here Harvey inaugurates the tour with an ‘all night long’ special, taking to the decks for five hours of unadulterated Bassett grooves.

Never one for resting on his laurels, Cambridge-born, Hawaii-dwelling Harvey Bassett is a man of many talents. Be it bringing legendary New York DJs such as Larry Levan, Kenny Carpenter and Francois Kevorkian to British ears at his ‘Moist’ night in London; remixing prowess for the likes of Jamiroquai, The Police, Ian Brown and more; his now cult-followed Sarcastic Disco nights in Los Angeles; or his latest venture, a new album under the alias Wildest Dreams, a more instrument-led output inspired by the ‘landscape of L.A.’ and featuring his own vocals.

A long-standing supporter of Red Bull Music Academy, Harvey was an early lecturer at the 2005 edition of the Academy in Seattle. In 2012, after a self-imposed exile of over ten years, he made his UK comeback with RBMA at London’s Oval Space and as part of the Warehouse Project Series in Manchester, blowing away the crowds at sold-out shows, and affirming his near-mythical status with yet another flawless feat of DJ endurance, echoed shortly afterwards with a stellar headline set at the RBMA stage at SonarDome.