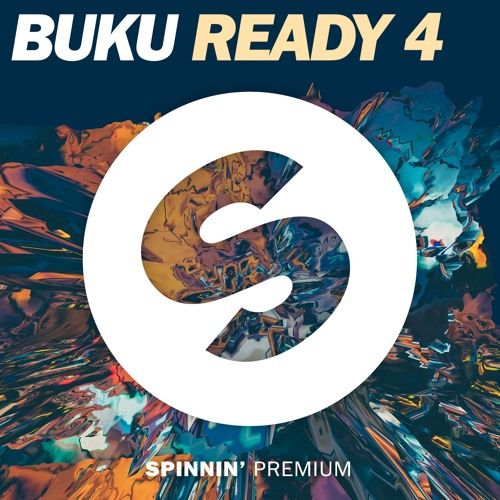 You may recognize Buku's name from his incredible insta-hit "Front to Back," which went viral last year and has now amassed nearly four million plays on Spotify. Now the Pittsburgh based producer is proving he's much more than a one hit wonder with his newest release "Ready 4." True to Buku's style, "Ready 4" is a bass-heavy bomb, full of warbling, growling drops that simply beg your body to thrash on the dance floor. The vocal sample provides an extra source of hype—not that the track needs one—that will have you rearing to go whether it's to the club, the gym, or just to crush a day at the office. "Ready 4" is out on Spinnin' Records, a sign that the label is diversifying its roster of artists.

Buku's love of bass began when he started playing the drums nineteen years ago and has never relented since; he has picked up other musical instruments to add to his skilled repertoire, such as keyboard and guitar, and received formal training in music theory. After his insane success with "Front to Back," Buku received the honor of the legendary Bassnectar remixing the track. His other releases include his "No Dramas" EP on Spinnin' Records, "Stop" with Tropkillaz on Mad Decent and his "Might Be" EP on Nest HQ. He even went on an Australian tour last March and wowed crowds down under. Buku is off to a strong start and shows no signs of slowing down – he is embarking on a North American this month through July, hitting up some of the U.S.'s most well-known clubs and festivals such as Mysteryland and Something Wonderful. Catch Buku on tour if you can and look forward to his next epic release soon!