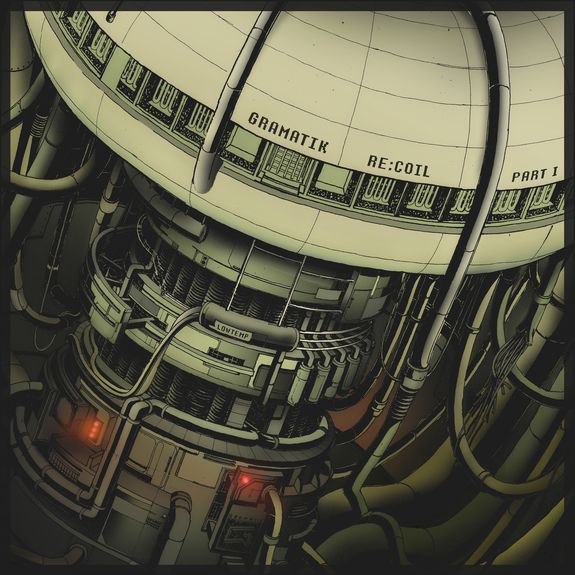 Pioneering artist and tireless producer Gramatik returns with “Re:Coil Part I”, an EP centred on themes of science and technology. The 6-track EP features numerous collaborations with Branx, Anomalie, Balkan Bump, Talib Kweli, Galacitc Marvl and Eric Krasno, demonstrating Gramatik's huge versatility and proving that he is at the top of his game. The EP is out now on Lowtemp Music.

Complementing the EP, Gramatik is currently embarking on a huge 26-date "Re:Coil" tour around Europe, finishing another stellar year with a must-see New Year’s Eve show at Terminal 5 in New York City, where he’ll be joined by three amazing artists – Big Wild, Ramzoid and Cobrayama. During the tour Gramatik will be launching his very own cryptocurrency token, called GRMTK that will allow him to have complete control over the distribution of his media to his fans via a decentralised entertainment channel called Singular DTV. Owners of the token will own part of his intellectual property in a revolutionary move, as he will become the first artist in history to be ‘tokenised,’ with token holders receiving a portion of his rights and royalties.

Kicking off the 'Re:Coil Part I' EP is the aptly named "Future Crypto" a collaboration with Gramatik's old friend from his Brooklyn days Branx. Superb production has always been Gramatik’s trademark, but it still needs to be mentioned here – haunting guitar licks, impeccable drums and a huge bass line sees the track constructed to perfection and sets the tone for the EP beautifully. “Goldilocks Enigma”is a more laid-back affair with hints of the producer’s past work, featuring considerable input from Lowtemp’s keyboard maestro Anomalie. Next are the three previously released singles, “Aymo"featuring Brookyln rapper Talib Kweli known for working with Mos Def and Pharrel, “Voyager Twins”, co-produced with Armada-affiliated Galactic Marvl and finally ”Recovery” which features frequent collaborator Eric Krasno. Saving something special for the end, “Halcyon” is a track where Gramatik clearly flirts with his beat-making past but still manages to construct something sounding completely fresh and exciting. If this doesn’t get your party going, you’re probably doing it wrong.

'Re:Coil Part II' is due for release in early 2018, keep your eyes on Gramatik's socials below for all the latest announcements.