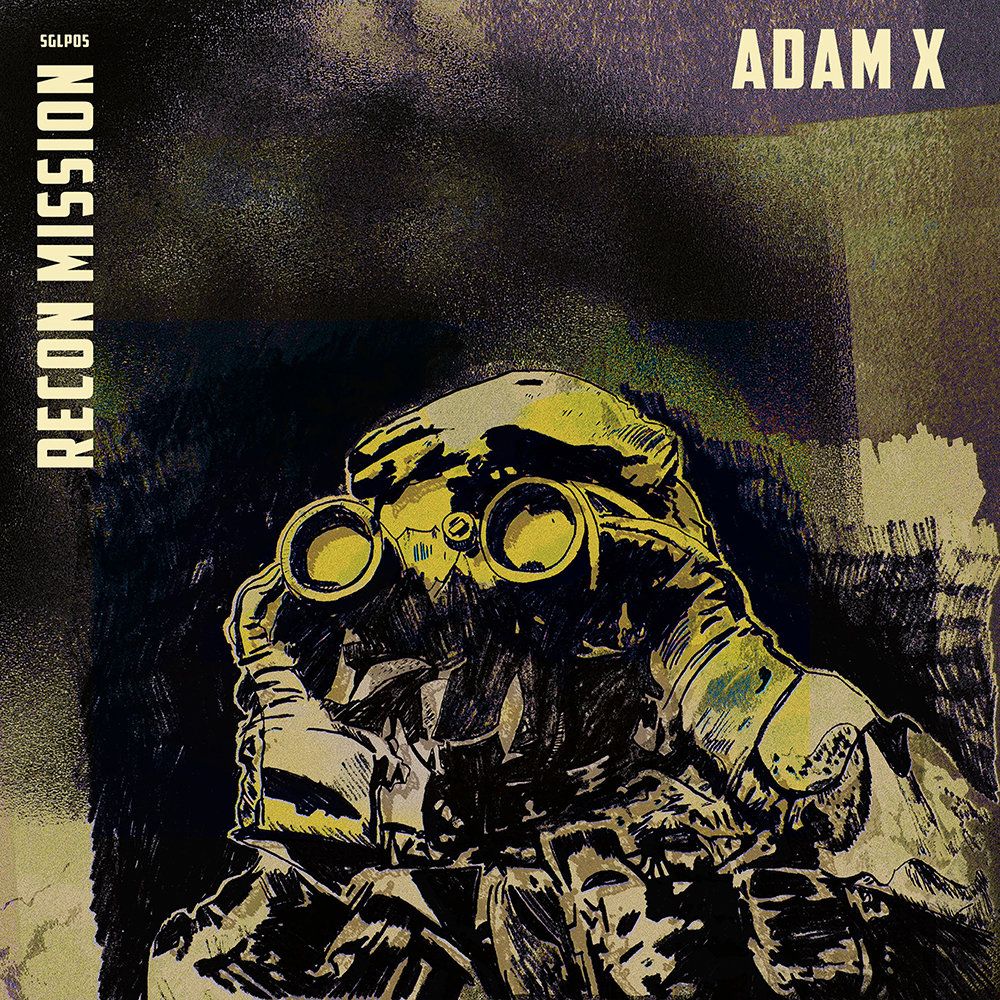 After a four year album hiatus, Adam X is coming back on his Sonic Groove label to deliver a massive chunk of tracks that are simultaneously exact and grimy, industrial and futuristic, as well as traditional and revolutionary. Adam’s new album, Recon Mission, builds on the foundation of his career as one of the founders of New York techno to solidify the fact that he maintains his position as a pioneer, pushing the boundaries of what can be accomplished with Industrial Techno and EBM.

The first track, Tales of Mystery, introduces the album with creeping cycles that begin to push into the brain. The vocals and title of this track hint at the themes that define the entire album: unexplained phenomena, conspiracy theories, government cover-ups, and the vast well of universal issues that concern and require the attention of humans as a whole. These themes can be found throughout the track list, expressed in the extraterrestrial view of Earth taken in Earth Base One, the analysis of our role as sentient beings of the universe in Modular Bodies, and the narrative of the album’s desperate stated “mission” to find meaning and hope in a dystopia that surfaces in the pairing of Recon Mission and Search and Retrieval.

Along with the specific themes interpreted through the album’s vocal samples and aesthetics, sonic material is carefully built to support the narrative throughout the entire album. Earth Base One and Modular Bodies give a chance to settle into the album, with uneven rhythms and patterns of varying lengths cycling around each other, their matching and mismatching timings creating a progressing, fascinating web of interactions to untangle. The relative ease of these tracks is interrupted by Bimini Wall, which dives into heavier yet smoother territory. This track deftly uses a syncopated pulsing bass to keep the revolutions of the album going and drive the listener further into Adam X’s world of concern and despair. Layers upon layers of masterful synth work are both a treat for analytical ears and a source of wonderful enrapture for anyone seduced by this track. With the culmination of Bimini Wall, the listener is thrust into The Never Ending Quest, which may best be described as a terrifying sonic assault. Crunchy and pounding carnal rips almost give way to more peaceful melodies, but Adam denies this resolution and instead plunges the track into a tight space where the listener is immersed in the album’s deepest, most inescapable sounds.

The penultimate track on the album, Delusions of Paranoia, uses the three aspects of the tracks title, text, and sounds to convey its meaning. It questions the themes that can be found throughout the rest of the album, asking whether the worries expressed in other tracks are simply manifestations of paranoia, or if the true delusion is defined by the fact that valid concerns are dismissed as paranoia. The sonic environment of the track embodies this well, teetering on the edge of the knife that separates the surreal and unsettling from the concrete basis of classic industrial techno.

Recon Mission is set for release Novermber 1st on Sonic Groove, don’t miss this monument of an album from one of the pillars of industrial techno.