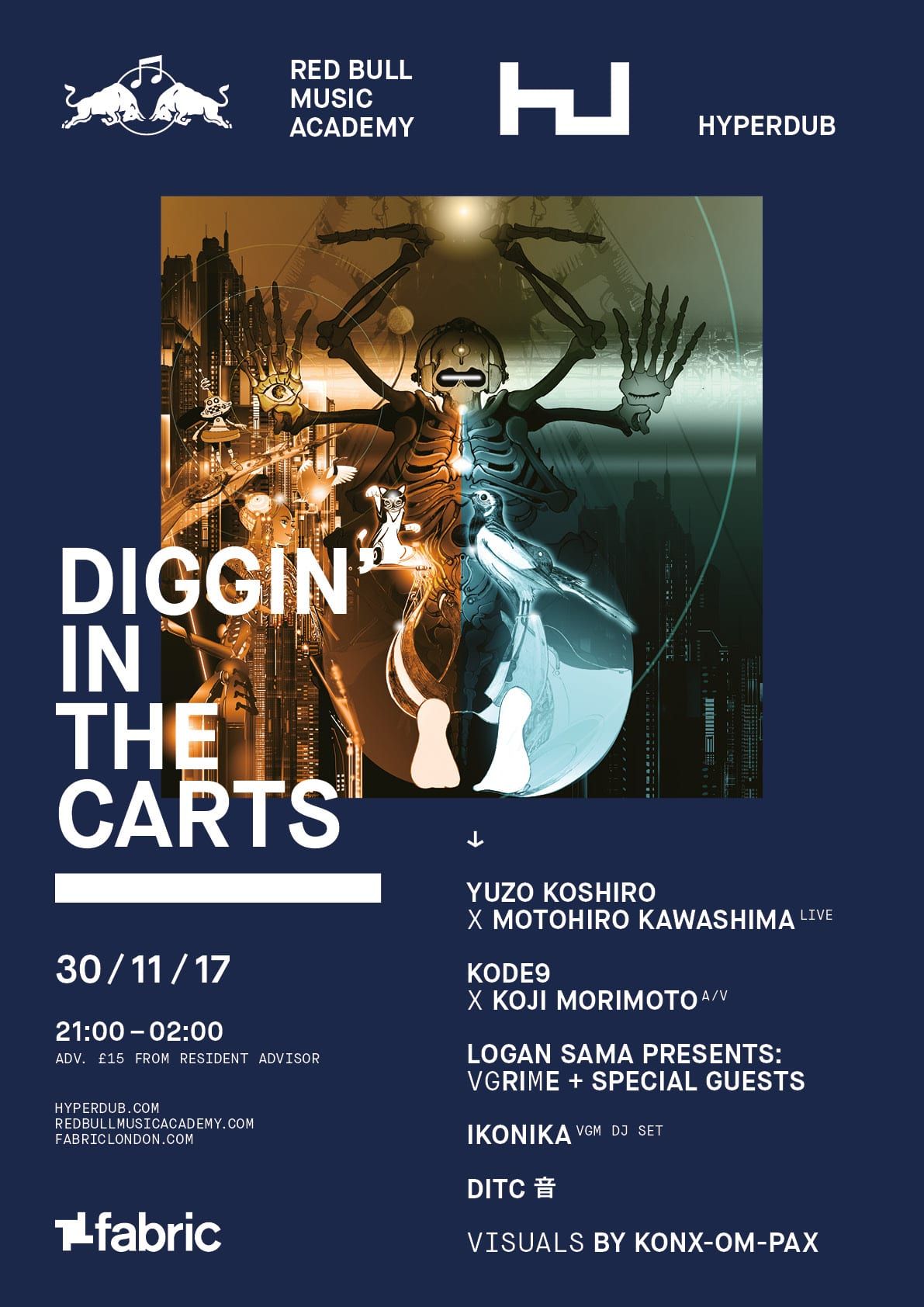 Following on from the acclaimed documentary series by the same name, Red Bull Music Academy brings its Diggin’ In The Carts world tour to fabric in London on November 30, showcasing two of Japan’s leading composers of video game music from the ‘80s and ‘90s alongside a new generation of artists who have been influenced by them.

The London event follows stops in Los Angeles and Tokyo and sees Kode9 presenting a new live performance inspired by the Japanese video game music featured on the Diggin’ In The Carts compilation, out November 17 on his iconic imprint Hyperdub. The performance is accompanied by visuals created by Kōji Morimoto, the legendary Japanese animator whose work on films like Magnetic Rose and Dimension Bomb have earned him a cult following around the world.

Yuzo Koshiro, who some have called the greatest game music composer of the 16-bit age, will perform together with Motohiro Kawashima, a renowned composer who was Koshiro’s collaborator on Streets of Rage 2 and 3 and Katekyo Hitman Reborn! Both sets will feature VJing by Planet Mu’s Konx-Om-Pax, who puts a contemporary spin on Morimoto’s original animations.

Special guests for the UK leg of the tour include Hyperdub’s low-end ambassador, Ikonika, who will play a special set drawing on the sounds of classic video games; and preeminent grime selector Logan Sama presents ViGriMe, a set exploring the influence VGM has had on grime riddims and instrumentals ever since the genre came to the fore in the early 2000s, with guest appearances by some of the UK's best-loved MCs.

Rounding out the lineup is Tokyo-based DJ, music historian and filmmaker Nick Dwyer, who produces and hosts the Diggin’ In The Carts series and will bring his metagame with a DITC 音 set, playing favorites from the genre’s rich history.