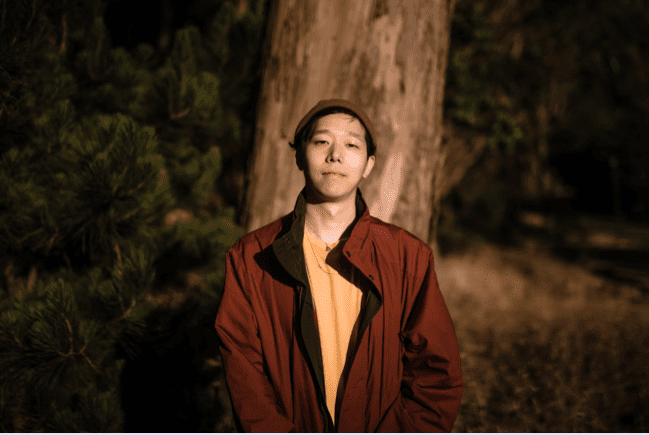 Created over the span of two years and recorded entirely in his bedroom in San Francisco, the album chronicles the producers personal journey of self healing, with each song representing a different period in his life. It’s lined with his unique blend of kaleidoscopic beats, dreamy synth-pop and R&B melodies, and features artists Japanese Breakfast, Body Language’s Angelica Bess and more.

The son of Taiwanese immigrants, Giraffage thrust himself into music at an early age, a stark deviation from his cultural expectations. He quickly skyrocketed from just being a household name amongst blogs to playing some the world’s biggest music festivals with his signature remixes of R&B favorites that exploded online. In 2014, he released his breakout project by revamping The-Dream's Love/Hate in its entirety and it quickly solidified his position as one of the most promising young producers in the game. He followed it up with his acclaimed NO REASON EP later that year and most recently his collaboration on "Bring Me Your Love” with Thea that has amassed millions of plays online.

Alongside the single release, Giraffage has also revealed an extensive Too Real European Tour, starting on 31st January 2018 in Finland. With his 30-date ‘Too Real’ North America tour kicking off on 25th October in Washington, Giraffage’s 2018 European Tour will see the producer play various dates across the UK, as well as Netherlands, Italy and many more, across January and February, performing at iconic venues such as London’s Jazz Cafe, and the Belgrave Music Hall in Leeds.

The tour follows his last European schedule in 2012, when the American embarked on 33-date run, catching the attention of Porter Robinson – an experience he considers one of the most pivotal points in his career – with the latter inviting him along as a support act for his world tour. From there, Giraffage continued touring with names like Phantogram, XXYYXX and Flume.

Inspired by groundbreaking acts as Yellow Magic Orchestra, Haruomi Hosono, Soichi Terada, Interpol, and Radiohead, Too Real acts as an embodiment of the producer’s personal journey of self healing, with each song representing a different period in his life.

“‘This is some of the best music I’ve ever written,” says Yin. “The album was written from 2015 – 2017 during a dark period of my life. So finally finishing it was a rather cathartic experience and I’m excited for what the future may hold.”