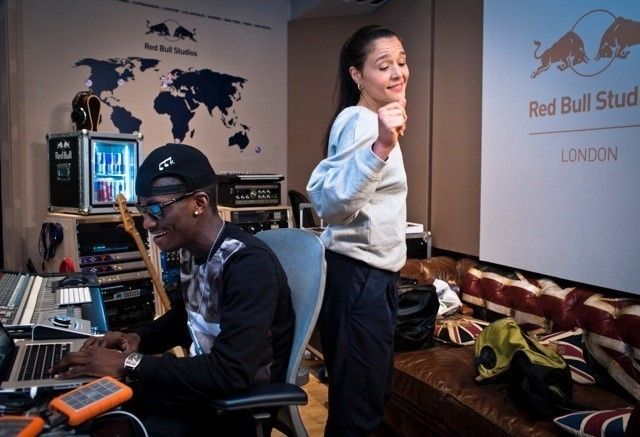 Red Bull Studios in London Bridge has been something of a second home to Jessie Ware for a number of years; it’s where she recorded her 2012 Mercury nominated debut album Devotion and the current follow up Tough Love, which is once again generating critical acclaim across the board.

Today we are pleased to announce that as part of Red Bull Studios ongoing collaborative relationship with Jessie, a completely unique remix project has been launched, titled Jessie Ware: Remixed.  The project saw Jessie Ware invite five of her favourite producers to work on a special remix of her sublimely emotive track Keep on Lying at five Red Bull Studios around the globe, over five days.

Specifically chosen to represent different genres and distinctive sounds, each remixer met up with Jessie in a Red Bull Studio around the globe (London, Paris, Amsterdam, Copenhagen, NYC) to work on the remixes together.  The result is five incredible new versions of Keep On Lying, each with a completely unique approach, and five engaging video webisodes of behind the scenes ‘making of’ footage for each track.

Much hyped Birmingham garage/grime composer, producer and Skepta’s tour DJ Preditah kept it local, meeting up with Jessie at Red Bull Studios London to create a club friendly, garage version of the record.  Spanish electronic producer, vocalist and DJ, Pional went to Red Bull Studios Paris with Jessie to create a fresh bass heavy version pulling drawn out melodies in true Pional style.  Russian techno producer wunderkind Nina Kraviz went to Amsterdam with Jessie and wrote a beautifully melodic, minimal techno version of the song, whilst hip hop producer Harry Fraud met up with Jessie in his hometown at Red Bull Studios NYC to share his unique take on the track.  Finally, classically trained DJ and record producer from LA, Tokimonsta, known for her distinctive take on indie/electroni/r’n’b and dance music, went to Copenhagen with Jessie and came up with a glitchy r’n’b electronic version.

One remix and one webisode will be released to stream every day from Monday November 10th at www.redbullstudios.com at 10 am (GMT):