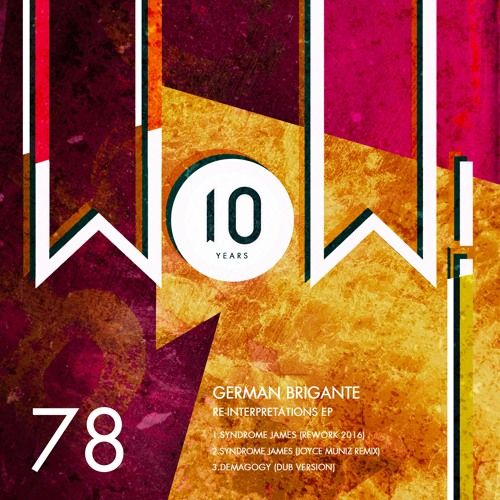 Kicking off proceedings is Brigante’s fresh edit of ‘Syndrome James’, which was originally released in 2014. The deep groover revolves around a heavily manipulated detuned vocal, as a number of scattered sound effects, winding synths and a stirring selection of drums are introduced.

Next up, we have a stunning remix from the revered Vienna-based Brazilian DJ/vocalist/producer Joyce Muniz, who transforms ‘Syndrome James’ into an killer Tech-House track, chopping up the original’s vocals and looping them over a dark pulsating groove and powerful bassline.

‘Re-Interpretations’ EP is available exclusively via Beatport on August 29th and everywhere else two weeks later.