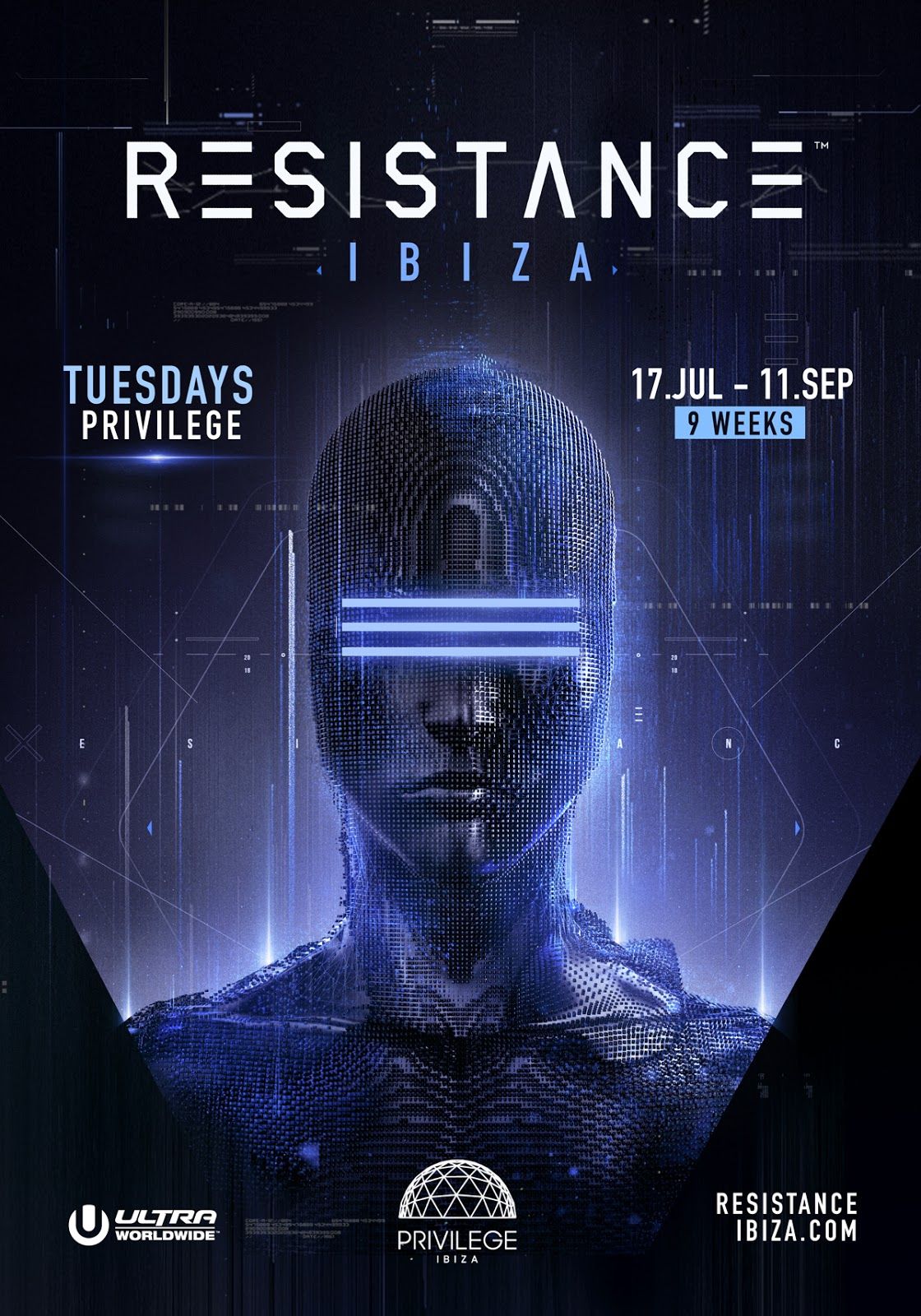 Following a 'spectacular debut' [Essential Ibiza] and momentous first season in Ibiza, ULTRA Worldwide has announced RESISTANCE will be returning to the white isle from July 17th – September 11th with a full 9 weeks of parties at Privilege, the world's largest nightclub. Alongside the date announcement, ULTRA has released the RESISTANCE Ibiza 2017 aftermovie, highlighting the incredible custom production, Funktion-One system, and lineup from last year's stunning debut. Dubbed a 'truly immersive experience' [Deep House Amsterdam], and a spectacle that can be fully comprehended only seeing it for oneself' [Ibiza Spotlight], RESISTANCE is set to once again bring the very best in production and sound to the island. Details of the jaw-dropping lineup will soon be announced.

Having made its mark across the globe showcasing only the best in quality house and techno talent, RESISTANCE is set to impress fans worldwide, with huge plans scheduled for the remainder of the year.