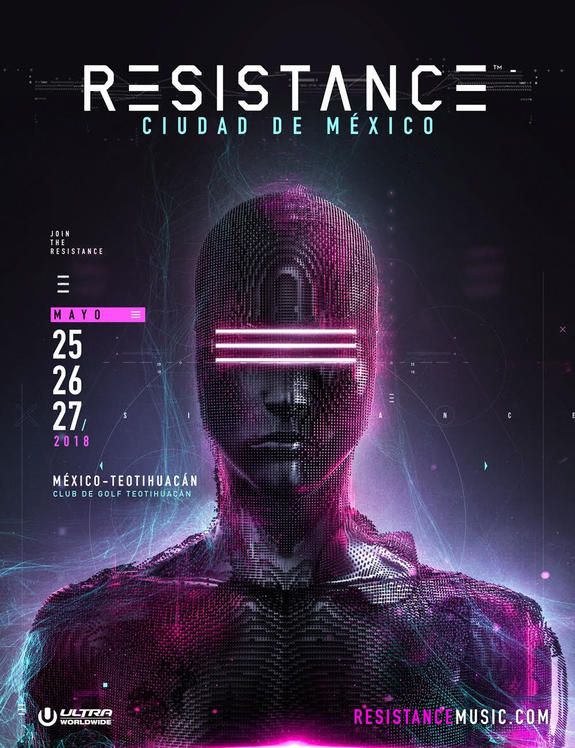 Following its critically acclaimed debut at ULTRA Mexico in late 2017, techno juggernaut RESISTANCEwill return to Mexico City as a standalone three-day event over the weekend of May 25, 26, 27 at the Club De Golf Teotihuacán.

Club De Golf Teotihuacán is the perfect location for RESISTANCE Mexico City, offering an open-air feel and panoramic views of the surrounding landscape. In what promises to be a colossal event, RESISTANCE will host a variety of house and techno artists to provide the soundtrack, while bringing their distinct, state-of-the-art production to Mexican soil.

Pioneering a movement that has dominated the dance music scene over the past few years, RESTISTANCE completed its first summer residency in Ibiza, at the world’s largest club, Privilege Ibiza last year. With an indomitable lineup set for ULTRA Music Festival’s 20th Anniversary event this March, RESISTANCE Mexico City is destined to follow in the trailblazing footsteps of its predecessors.

Prepare to join the RESISTANCE.