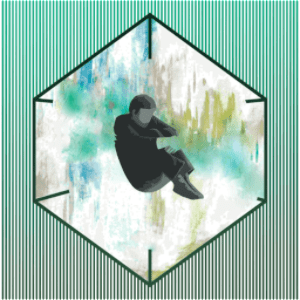 Hot on the heels of landing over a million streams at Spotify, LOW ISLAND add to their burgeoning discography by sharing the brand new track ‘Rest Your Head’.

After ‘Holding It Down’ blended menacing vocals, dancefloor intensity and a cacophonous wall of sound,‘Rest Your Head’ drops down the gears to present a very different angle to this intriguingly multi-faceted band. Its groove is a dreamlike trance in which mellifluous vocal harmonies head a soothing production rooted in hypnotising synths and downtempo beats.

LOW ISLAND was formed as an accidental by-product of a theatre score composed by Jamie(vocals/guitars/keys/electronics) and Carlos (vocals/guitar/keys). The pair, who also enjoyed some success in the world of dance music with a residency at The Warehouse in Leeds, called upon bassistJacob with whom they’d played in an alt-rock band as teenagers. The line-up is completed by percussionist Felix, who previously toured with the Brooklyn jazz ensemble Snarky Puppy.

They introduced themselves to the world with the ‘Just About Somewhere’ EP, which prompted comparisons with the likes of Caribou, Arthur Russell and Grizzly Bear, and it was soon followed by ‘Holding It Down’. LOW ISLAND’s radio support to date has included Huw Stephens, Phil Taggart andMistaJam (who picked the band as a recent New Name) at Radio 1, and at 6 Music by Tom Robinson, Tom Ravenscroft and Lauren Laverne.

After playing just a handful of shows, LOW ISLAND are poised to play a special LOW ISLAND and Friends event at Electrowerkz on April 21st. Already sold-out in advance, the band have handpicked a very special bill which also includes live performances from Camila Fuchs and Phelanto & The Vials; DJ sets from Ed Shaw (Nang Tunes), Legato and Kokoro; plus the ‘Heavy Metal’ dance installation from Sara Green, the choreographer who worked on the ‘Just About Somewhere’ video.

The band will follow that show by playing The Great Escape, where they’re set to perform at Patterns on Friday evening, plus various festival dates throughout the summer and a headline tour in June. Their forthcoming live schedule is: