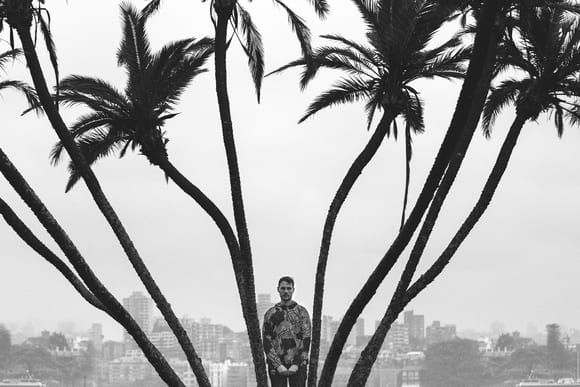 Italian producer and hotly tipped talent Ribongia has just been announced as Hermitude’s support on their upcoming EU tour. Embarking on a 12-date trip that spans the breadth of the continent, both acts will hit some of the finest European venues on the map.

The tour is set to kick off with four German dates in Cologne, Munich, Hamburg and at the renowned Kantine am Berghain in Berlin. After a visit to Amsterdam, Ribongia will head to Prague’s esteemed Chapeaux Rouge club to mesmerize the locals with his distinctive blend of tribal percussion and state of the art synth work. Ribongia, otherwise known as Antonio Roselli, will then play a homecoming show in Italy on March 31st. The tour’s first stop of April will be Bristol and then London for a huge show at the infamous Heaven before closing the circuit with a spark in Belgium’s Opwijk and Lieg.

After moving from Florence to Sydney, Ribongia formed strong ties with Australian imprint October Records, and soon embarked on a musical career that has gone from strength to strength. He released his first EP, ‘It Began’, to rave reviews and quickly got to work on the upcoming ‘ESCAPISMS’, which is currently making waves on Triple J and is due for release March 25th.

Over the past few years, Roselli has worked closely with his good Italian friend, Clap! Clap! on tracks such as ‘Gazela’ and ‘It Began’ on London’s Black Acre Records, establishing one of the most unique crossover styles within the electronic music scene today. Ribongia, a genius for pushing the boundaries of the trap and footwork genres, is known for a curious mind that guides him through new cultures and territories, granting him a cutting edge sound that both incorporates and celebrates native African sounds. This one is not to be missed.