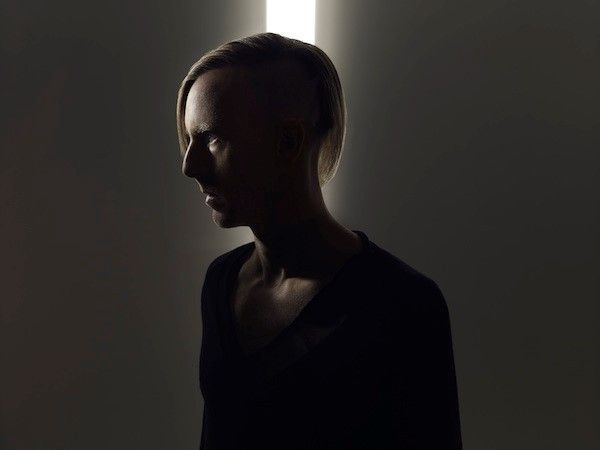 The techno pioneer’s composition will premiere alongside 3 other musical adaptations of the short film, at Centre Pompidou in Paris on 19th September

“What would we see differently if the music was different?”

This was the question posed by Bertrand Bonello for his latest artistic project based around Dimitri Kirsanoff’s 1928 film Brumes d’automne. The French film director invited Richie Hawtin and Diana Soh to create an original score for the film to be shown as part of a special exhibition at Centre Pompidou in Paris.

“Twelve minutes in black and white, dating from 1928. Some leaves in the sky, reflections in the water of a lake, a letter burning in a fireplace, a few drops of rain, Nadia Sibirskaya’s eyes full of tears. This film is a breathtaking beauty, an emotion that few words can explain. The original music is by Paul Devred. What would we see differently if the music was different?” – BertrandBonello

As well as creating his own composition for the film, inspired by his classical music background, Bonello invited Richie Hawtin (Plastikman) and Diana Soh to each create a twelve-minute composition to showcase their own interpretation of the same images. The result is a program of four musical compositions on one screen – Paul Devred, Richie Hawtin, Diana Soh and Bertrand Bonello.

It’s not the first time electronic music pioneer Hawtin has been involved in artistic endeavors outside of the electronic music sphere. In 2011 Anish Kapoor invited Hawtin to activate his sculpture Leviathan with a performance at Paris’s Grand Palais for the annual public art festival Monumenta and just last year he was invited to perform live as Plastikman at the Guggenheim Museum in New York, by invitation of Dior Artistic Director Raf Simons. Naturally, Hawtin was delighted at the opportunity to join Bonello in this exploration of sound and create his debut film score for silent movie Brumes d’automne.

The opening of the exhibition will take place 19th September at the Centre Pompidou in Paris with special performances from Bonello, Ingrid Caven and Richie Hawtin.

2000h Great Hall
– Screening of the short film footage Where Are You, Bertrand Bonello? directed by the filmmaker on an order from the Centre Pompidou
– Screening of Brumes d’automne by Dimitri Kirsanoff (1928, 12 ‘) with an original composition created and presented by Richie Hawtin
– Performance by Ingrid Caven and Bertrand Bonello
– € 6, € 4 TR, Pass and subscribers Festival d’Automne in Paris

The four compositions on Brumes d’automne will also be presented by Bertrand Bonello and Diana Soh Sunday, September 21 at 17h at Cinema 2.