Richie Hawtin to headline the second edition of Polaris Festival 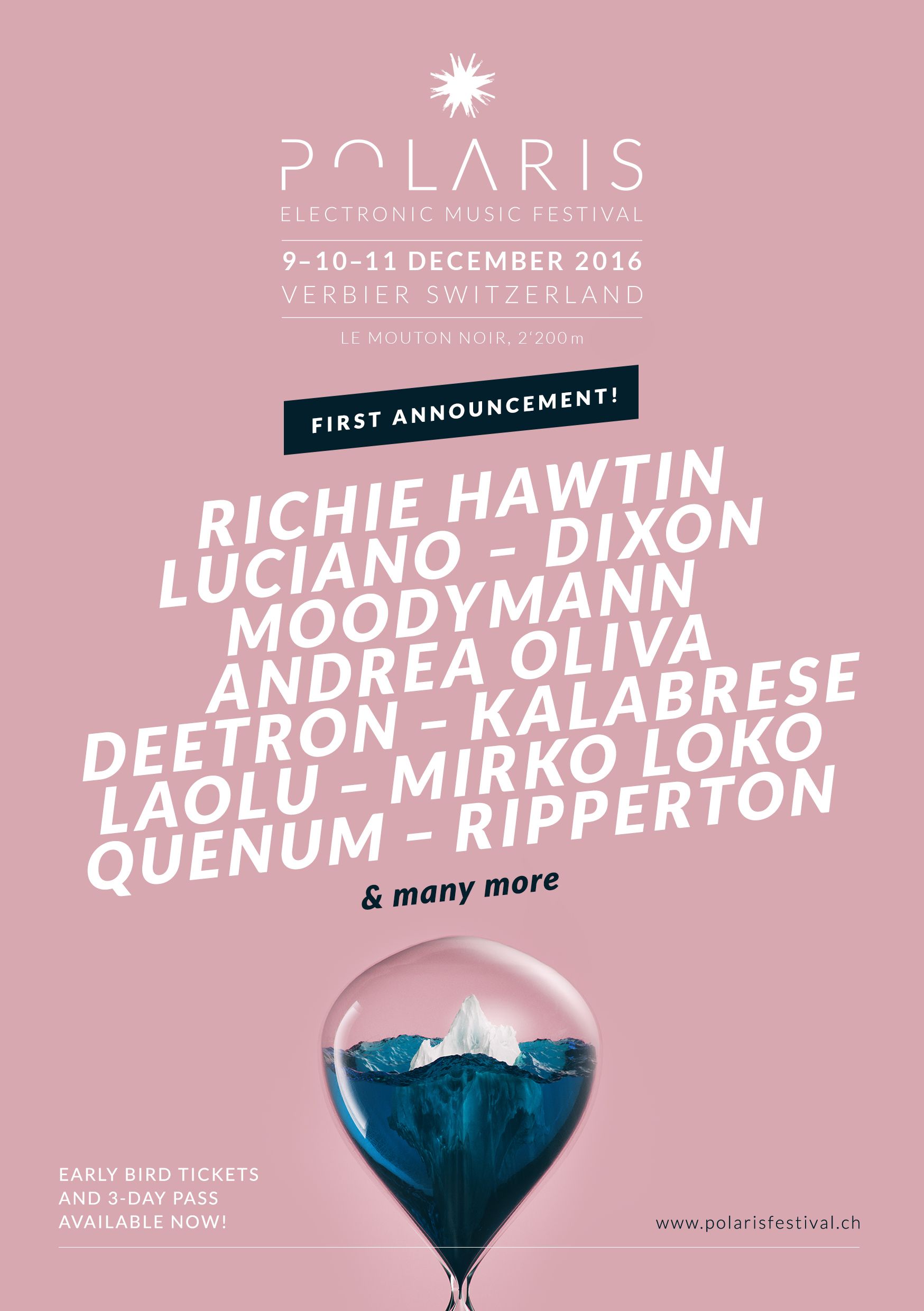 Richie Hawtin to headline the second edition of Polaris Festival

With its success in 2015, the electronic Winter Festival of Verbier – Polaris – is back and now extends over 3 days (9-10-11 December 2016). It will host international headliners such as Richie Hawtin, Luciano and Dixon.

The dates of Polaris Festival's second edition are finally announced! The Festival will take place on December 9, 10 & 11 2016. There will be an extra day this year (with Sunday 11).

The first headliners of the winter festival are now announced. After the outstanding performance of Laurent Garnier last year, it is now the turn of the Canadian legend Richie Hawtin to take over the turntables Polaris 2016. Not to be missed!

He will be accompanied by Luciano (Festival’s Godfather), Detroit legend Moodymann and German Dj Dixon, boss of the label Innervisions, and now awarded two years in a row « Best DJ in the world »  by Resident Advisor.

The best in the Swiss electronic scene will also return to Verbier, including Swiss German Kalabrese, Andrea Oliva alongside Lalolu, Mirko Loko and Ripperton.

The event will take place at 'Le Mouton Noir’, located in the Swiss Alps at 2,200 metres above sea. The rest of the festival program will be announced in late summer.