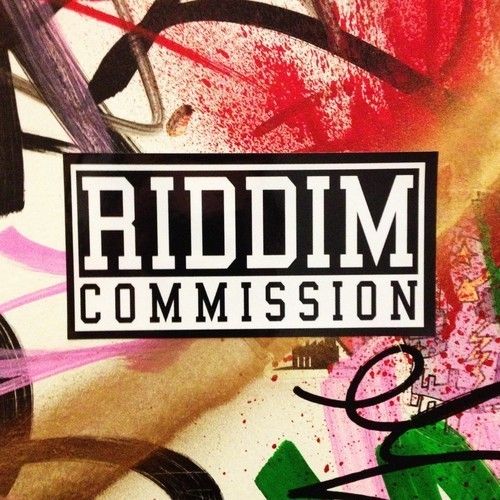 Leading the way from the Vol 1 EP is the huge single Battle.  Out now, it features two UK heavyweights in the form of Good Music’s Mr Hudson, best known for his Jay Z and Kanye West collaborations, alongside the undisputed Kings of Grime; D Double E and Footsie aka The Newham Generals, signed to Dizzee Rascal’s Dirtee Stank label.  The official video for Battle is premiering on Thump (Vice) here: http://bit.ly/BattleVideoVice

Battle has created a bit of a frenzy at radio, with much love from the likes of UK Garage legend DJ EZ (Kiss) and Plastician (Rinse FM), along with BBC Radio 1’s Skream & Benga, Toddla T, Mistajam and DJ Target, who have called Riddim Commission’s records nothing short of “anthems” and “bangers”, respectively.  (Click links above to hear full interviews.)

You can also tune into Logan Sama’s show on Kiss tonight at 1am, to hear Riddim Commission talk about the Vol I EP and play it in full.

For those who don’t know, M.D.H. and Swerve’s debut release Ho! Riddim was initially intended as a one-off collaboration.  But when the record became nothing short of a smash hit; with over one million YouTube hits, over 120 000 downloads, playlists across BBC Radio 1 and 1Xtra and everyone banging on their door to hear a follow up, Marco and Swerve set time aside from their own projects to focus on writing together, and so Riddim Commission was born.

On the project Swerve said:  “We see Riddim Commission as a platform for both established and up-and-coming UK talent.  Between myself and Marco, we’ve been at this for over twenty years, so our sound has developed from a whole mash-up of Marco’s house and garage background and my career across RnB, Hip Hop and Grime.”

Since giving birth to Riddim Commission, the duo have been called upon to stamp their unique sound on official remixes for the likes of Drake (From The Bottom), Example (Close Enemies), Iggy Azalea (Bounce), and DJ Fresh (Gold Dust).  They also have some insane collaborations coming with Sway, Stush and a few other exciting names yet to be announced.