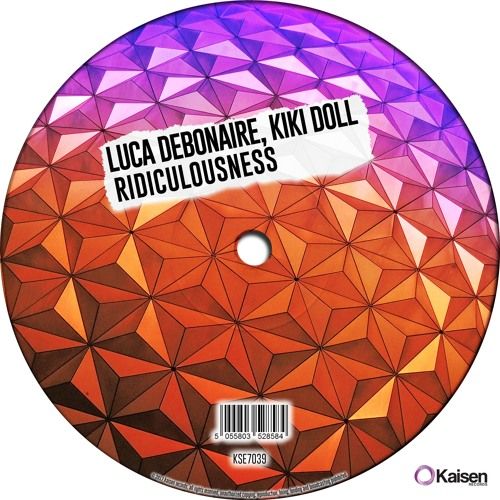 Luca Dobonaire is once again back on Kaisen Records and has teamed up with Kiki Doll, the Barcelona based singer and producer to release their new banger ‘Ridiculousness’. The track builds up to an insane drop with roaring hi hats and heavy kicks accompanied with powerful female vocal samples, which add to the high velocity of this release.

Luca Debonaire is no stranger when it comes to releasing hit after hit, with constant releases on Kaisen Records and on other labels such as Rawtone and BMKLTSCH. Luca Debonaire was introduced to Italo-Disco from an early age and today he retains those elements to his music to create a smooth funky House feel to his tracks. Collecting vinyls from an early age, he still has one of the largest collections of Italo and Disco tracks which his uses to inspire him for his current productions. This has been quite a busy year for Luca, with an array of releases such as ‘Do You Wanna Dance’ and ‘Just Won’t Do’ with Yuga – he is showing no signs of slowing down so make sure you keep an eye out for more groovy cuts from Luca Debonaire!