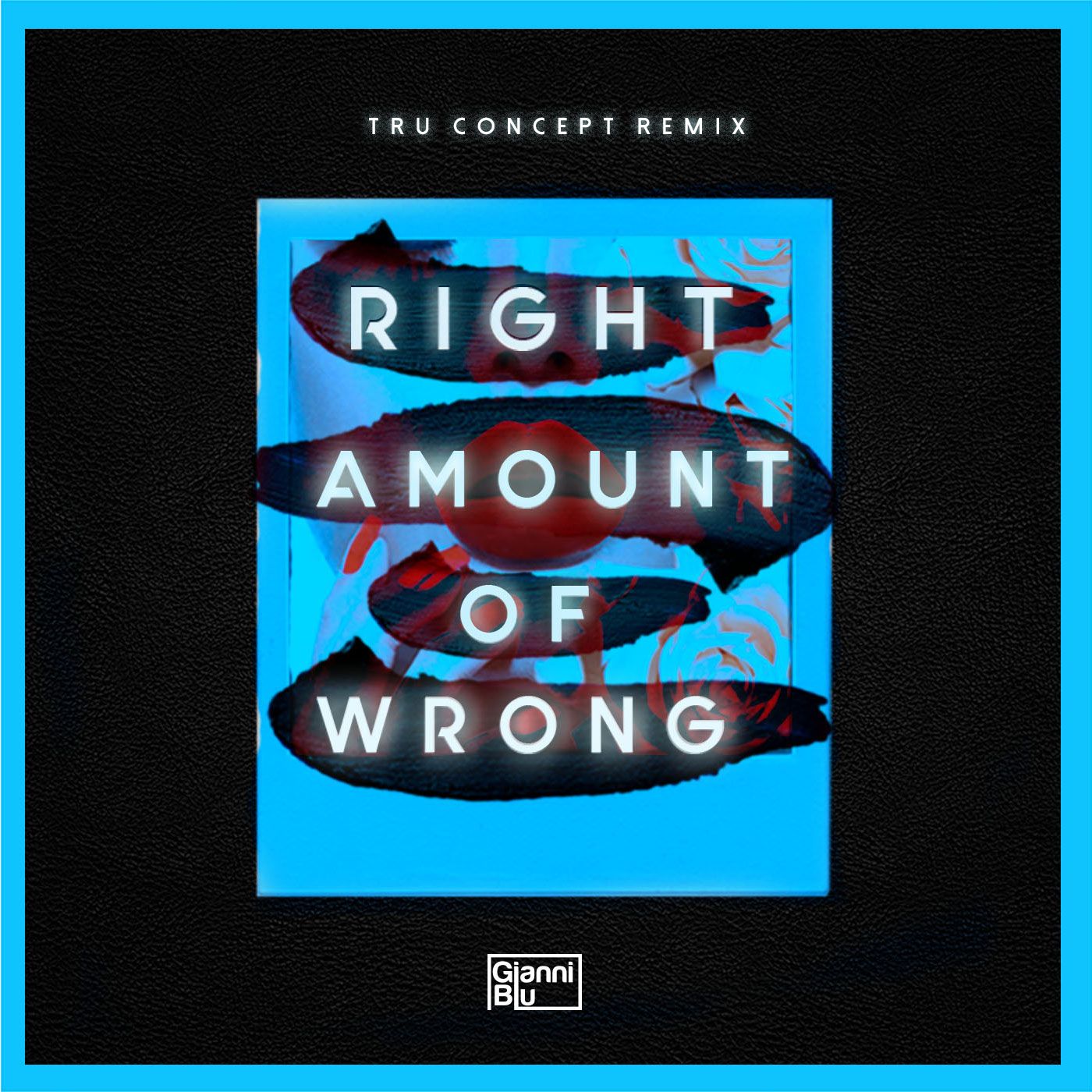 Following the release of his first 2018 chill house single, 'Tell Me What It Feels Like', Gianni Blu is continuing his momentum with the TRU Concept remix of his energetic hit, 'Right Amount Of Wrong'.

Last year, 'Right Amount of Wrong' took over the world of dance music as an essential deep house tune with an infectious melodic top line and sultry pop vocals. It gained a massive amount of traction with support from viral shufflers Elena Cruz and Gabby David.

The remix delivers the track from a fresh new perspective that takes it to a different dimension. TRU Concept’s rework ups the ante by turning it into a head-nodding future house club anthem. The introductory piano melody climaxes into a collision of a soulful basslines and pulsating future house kickdrums. It serves as a perfect example of why TRU Concept are ones to watch in 2018. Having established themselves as one of the most promising emerging dance acts the UK has to offer, TRU Concept know how to produce a good remix. Their originals and remixes have caught the attention of esteemed tastemakers such as BBC and SiriusXM Electro. Their unique future house production style has landed them a series of releases on Universal, Armada, WMG, and Sony. With 686,000 monthly listeners and counting, the Birmingham based duo have shown no signs of slowing down.

Keep in touch with Gianni Blu and Tru Concept by following their socials listed below: