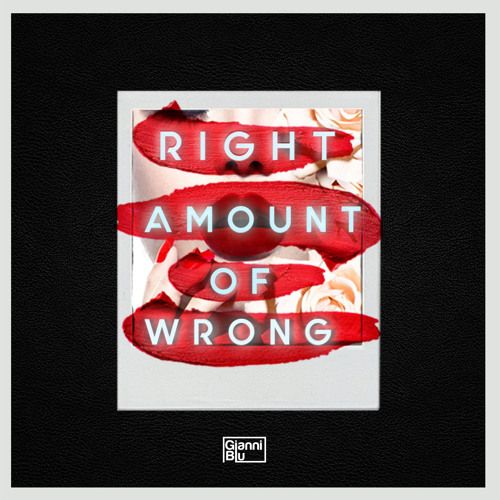 Hot off the release of his 5-track remix package for his smash hit 'Thinking About You' featuring world renowned vocalist & Kaskade collaborator Sansa, Gianni Blu is back with his follow up single 'Right Amount of Wrong'.

Premiering on Sirius XM's Electric Area, 'Right Amount of Wrong' is a genre blending deep house pop crossover, featuring sultry vocals and a highly melodic top line. The single takes a darker tone than some of Blu's previous cuts, drawing the listener in with swirling vocal chops and a head nod inducing bassline, perfect for both commercial radio and peak time at the club. Having caught the eye of top influencers from Elena Cruz to Gabby David, 'Right Amount of Wrong' is a certified earworm set to soundtrack the remainder of 2017.

"Right Amount of Wrong will make you wanna dance. Point blank period. My goal was to create a high-energy dance song that will go crazy in the club and on the radio while keeping the real sexy vibe I’m known for. I’ve been waiting to share this record with the world and am so happy the day is finally here. This is one of my favorite tracks that I’ve made and I’m so excited to share it with you"

With millions of plays to his name, and gigs throughout the greater Chicago area to close out the year, the young Italian-Hatian producer has set himself up to dominate 2018. Fans can stay up to date with Gianni Blu via his socials as listed below, and can expect new music very soon.