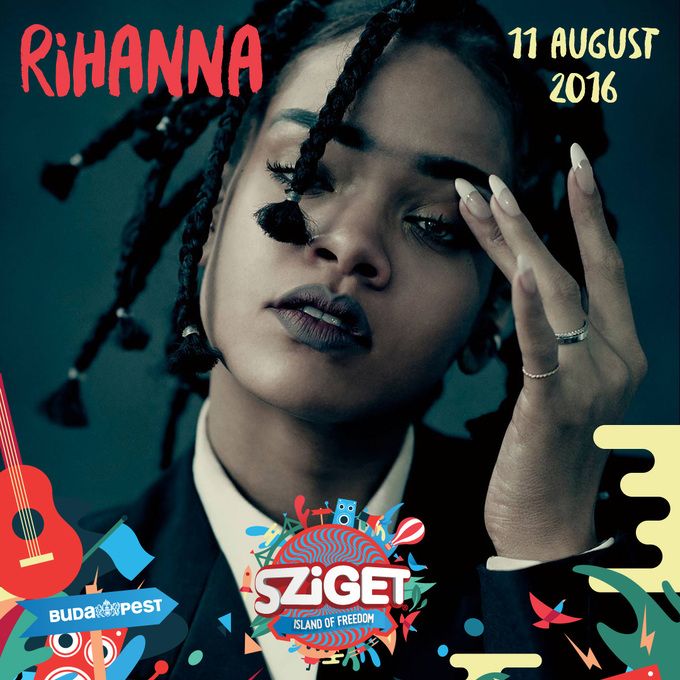 Sziget is happy to announce Rihanna as the Day 0 headliner of the Island of Freedom. The week-long festival holiday is held between 10-17 August, 2016.

Rihanna is one of the most successful and talented singers of today. The 28-year-old icon is the youngest female artist who has achieved 14 number one singles, won 8 Grammy Awards and 12 Billboard Music Awards. Her very much awaited album 'Anti' was released this year and received great reviews already. Rihanna is followed by more than 100 million people and her hits were played 8 billion times on the biggest video player. It is a great pleasure to have her exclusively at Sziget Festival.

The music line-up is shaping up for this year's Sziget Festival, among the already announced acts we can find Muse, David Guetta, Sia, The Last Shadow Puppets, Noel Gallagher, Bastille and many more! New announcement can be expected shortly as well as more information about the non-musical programs of the island.

The music and arts festival welcomes people from more than 90 countries every year. Those who are interested should hurry up as festival passes are selling quickly and upgrade campsites even quicker (e.g. the VIP Camping is already sold out). Luckily there are still a number accommodation options available here: szigetfestival.com/accommodation

To feel the real Sziget atmosphere watch the official aftermovie, summing up the 7 days craziness and vibe. Click here!