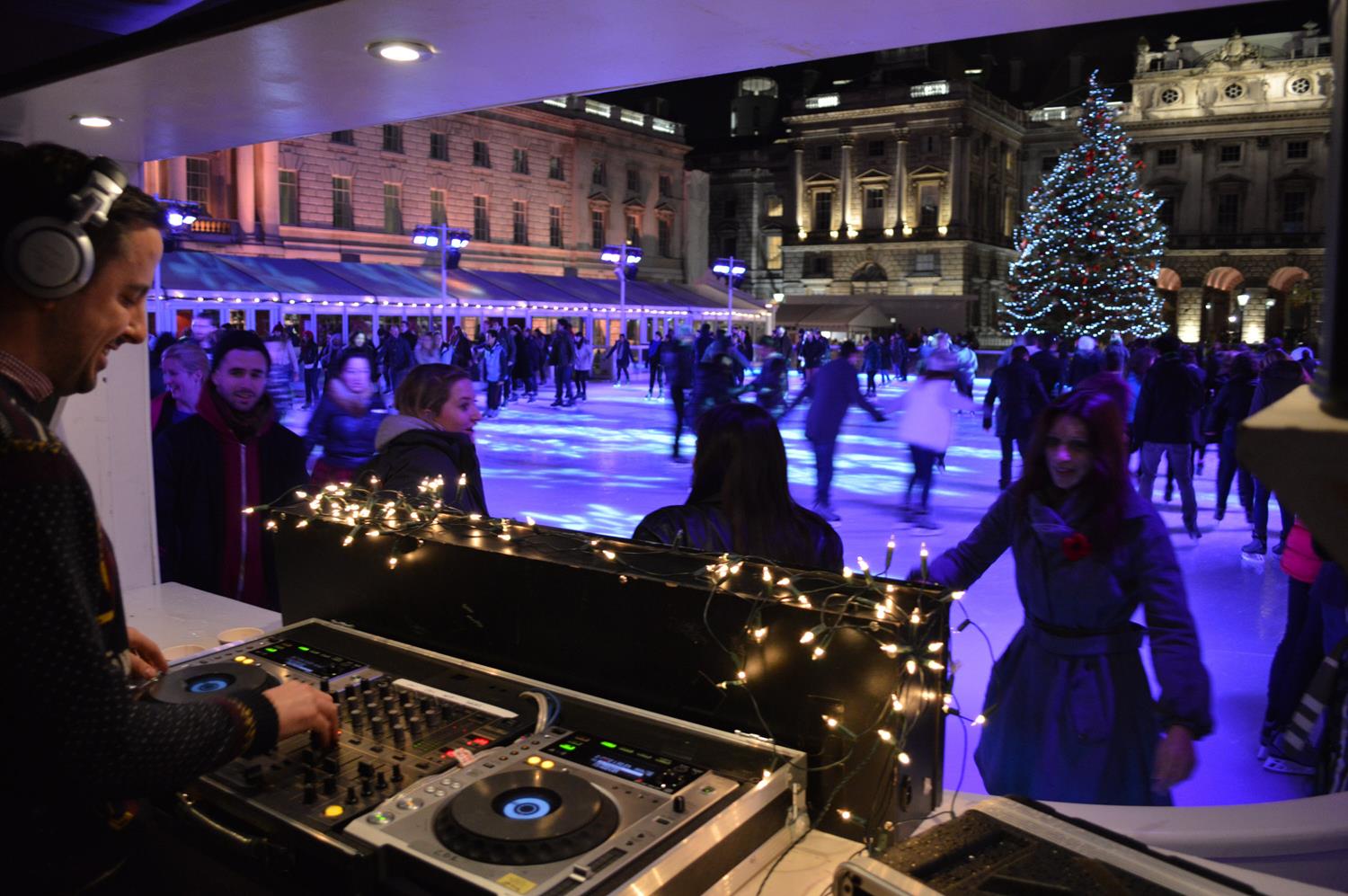 London based radio station, Rinse 106.8FM is excited to announce its takeover of [Somerset House’s Skate] Skate at Somerset House on the 28th Nov, as part of the ice rink’s Club Nights season.  Expect anything from house, techno & disco on ice from top DJ’s Skream, Richy Ahmed and Tom Shorterz.

Heading up proceedings on the ice rink will be internationally acclaimed DJ/producer, Skream who will mark the end of a busy year. Having shifted his sets towards house, techno and disco in 2013 his Somerset House appearance will be a well-deserved, celebratory victory lap to mark a monumental year for Skream.

Also hosting the Rinse takeover of Somerset House will be London-based house DJ, Richy Ahmed. After a hugely successful season hosting DC10’s Paradise- Richy will take to the rink playing everything from deep house through into harder and more driving domains. Following Ahmed’s Rinse.23 mix which captured his broad-minded approach and instinctive feel for dancefloor dynamics, Rinse are hugely excited to welcome Richy onto the ice.