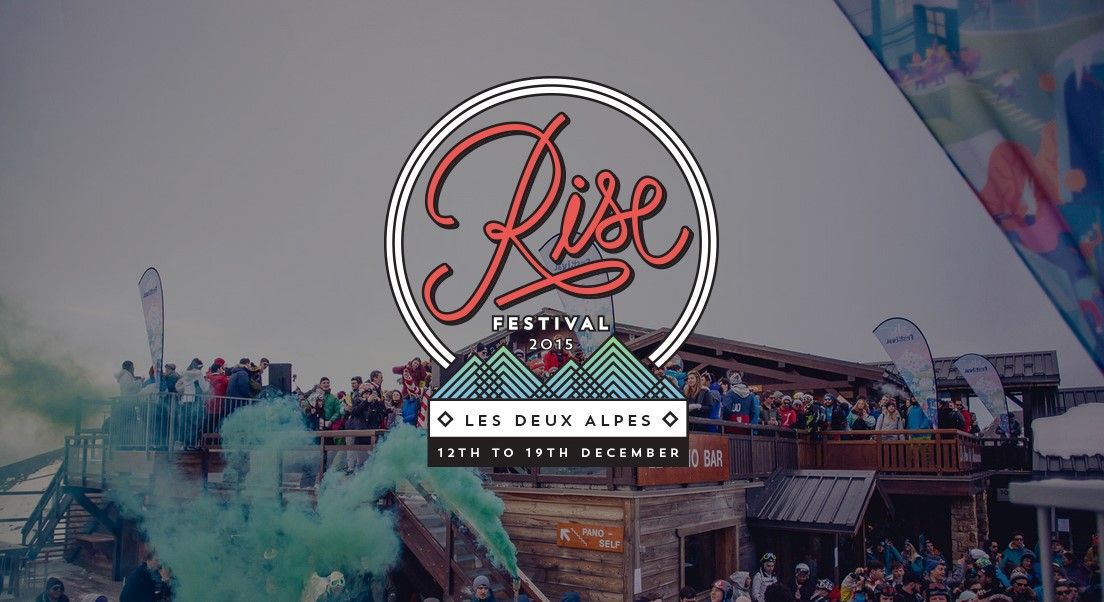 RISE Festival 2105 is now shaping up nicely, and after the initial host announcement, the alpine crew are now excited to be able to announce their first set of impressive and diverse headliners.

Taking place in the truly picturesque resort of Les Deux Alpes – one of the most famous ski resorts in Europe, with blissful views, hundreds of kilometres of perfect ski runs and a quaint town centre with oodles of winter charm, restaurants, bars, pools and cinemas – the festival runs from the 12th to the 19th of December.

First to show their hand is the Eton Messy stage. Eton Messy of course is a sprawling label and events collective from Bristol that champion fresh beats and heavy bass. As well as a set from Eton Messy, close friends and family like Blonde, Tomboy & Robin and The Golden Boy plus Waverley will all line up to bring their own perspectives to what is sure to be a sensational stage offering a true Eton Messy experience.

Long time d&b champions Hospitality are delighted to be offering up chief talents High Contrast and London Elektricity, as well as Etherwood, Metric and S.P.Y., all of whom have a singular take on rolling rhythm and rib rattling bass and are sure to keep you dancing for days. This stage, in true d&b style, will be hosted by Dynamite MC and Lowqui so is sure to go right off.

There are many more names to come from RISE, including the headliners for the world renowned outdoor live music stage from Ibiza Rocks, with brands W.A.R! and Shelter in tow, but already it is shaping up to top all of 2014’s records, so act quick with tickets, because this WILL sell out.

About RISE:
During festival week the atmospheres in town are sure to be fantastic, and then there’s the indoor W.A.R! Arena and the open air Ibiza Rocks Main Stage making for a week to remember, plus Love Lifts that mean you can speed date between ski runs, a campfire around which you can toast marsh -mallows, a hot tub cabin, a Yeti’s Cabin to enjoy some mulled wine or hot chocolate, woodlands in which to wander, a winter beach party in the mountains, an ice disco, a huge cinema screen, a Snowmageddon Arena for full on snow based warfare, a memory pod for photo ops, club nights in the mountains and even snow sculpture competitions and ski, snowboard and skidoo tournaments…. basically the fun and adventure never stops.

Last year’s event set a proud benchmark with great snow coupled with 3,000 friendly party people and standout musical moments, live shows and club take overs in both large, but also more intimate, settings. The 2015 festival is already shaping up to set a new benchmark, so get on booking tickets before you miss out.