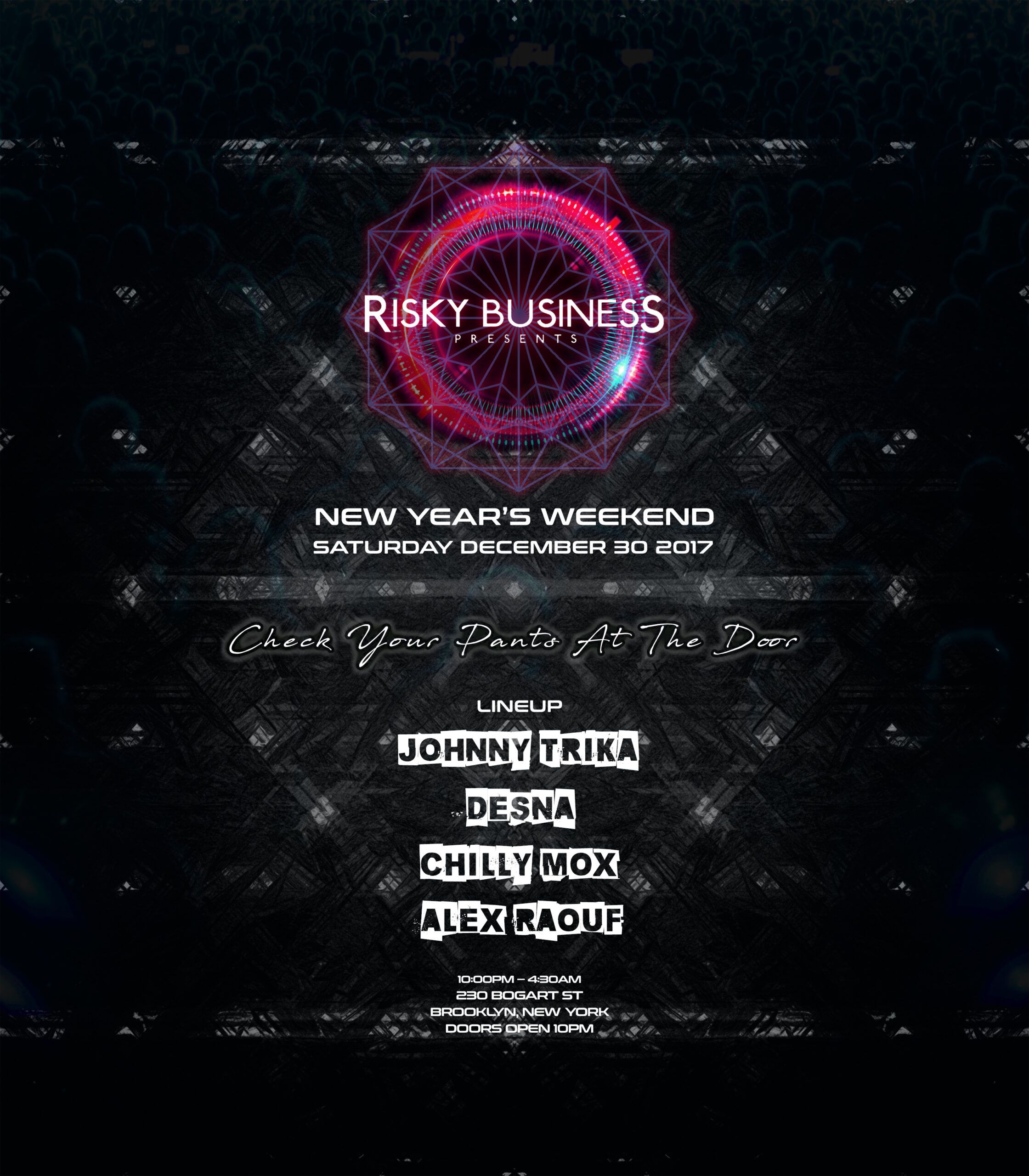 International party brand Risky Business Presents touches down in Brooklyn on Saturday December 30 from 10pm-4:30am for a “NO PANTS” party with SCI+TEC rising star Johnny Trika. Taking place at Brooklyn’s Bogart House, the event promises to be a fun and alternative way for New Yorkers to let their pants down to some of techno’s finest up and coming DJs this New Year’s Eve weekend.

Welcoming a special guest who is Dubfire’s latest protegé, Canada's Johnny Trika will treat partygoers to one of his truly special live techno sets of which he is known for experimenting with one-off track arrangements. Providing local lineup support are Risky Business residents DESNA and Chilly Mox as well as New York DJ Alex Raouf. The Montréal producer who counts Richie Hawtin as a fan, has quickly made a name for himself as one of the new breed of techno live performers. With three EP’s on Dubfire’s SCI+TEC imprint and performances at the award-winning The BPM Festival and Montréal’s revered Stereo afterhours nightclub, Trika is constantly pushing the techno envelope during every live set he plays.

Known for their positive party vibes, Risky Business Presents have been making plenty of waves overseas hosting successful underground “NO PANTS” parties in Miami, Tel Aviv, Mexico City and at Amsterdam Dance Event. In New York they have hosted numerous pantsless parties at some of the best nightlife venues Brooklyn has to offer including House of Yes and the Electronic Music Award's Club of the Year, Output. By offering a voluntary “pants-check” at the door, revellers are encouraged to ditch the lower outer layers in an effort to feel more liberated in a safe party space. At Risky Business Presents events, partygoers can show off their bootylicious underwear clad behinds whilst dancing to some of the best techno and tech-house talent that the underground has to offer.

Tickets are available now while supplies last on Resident Advisor.