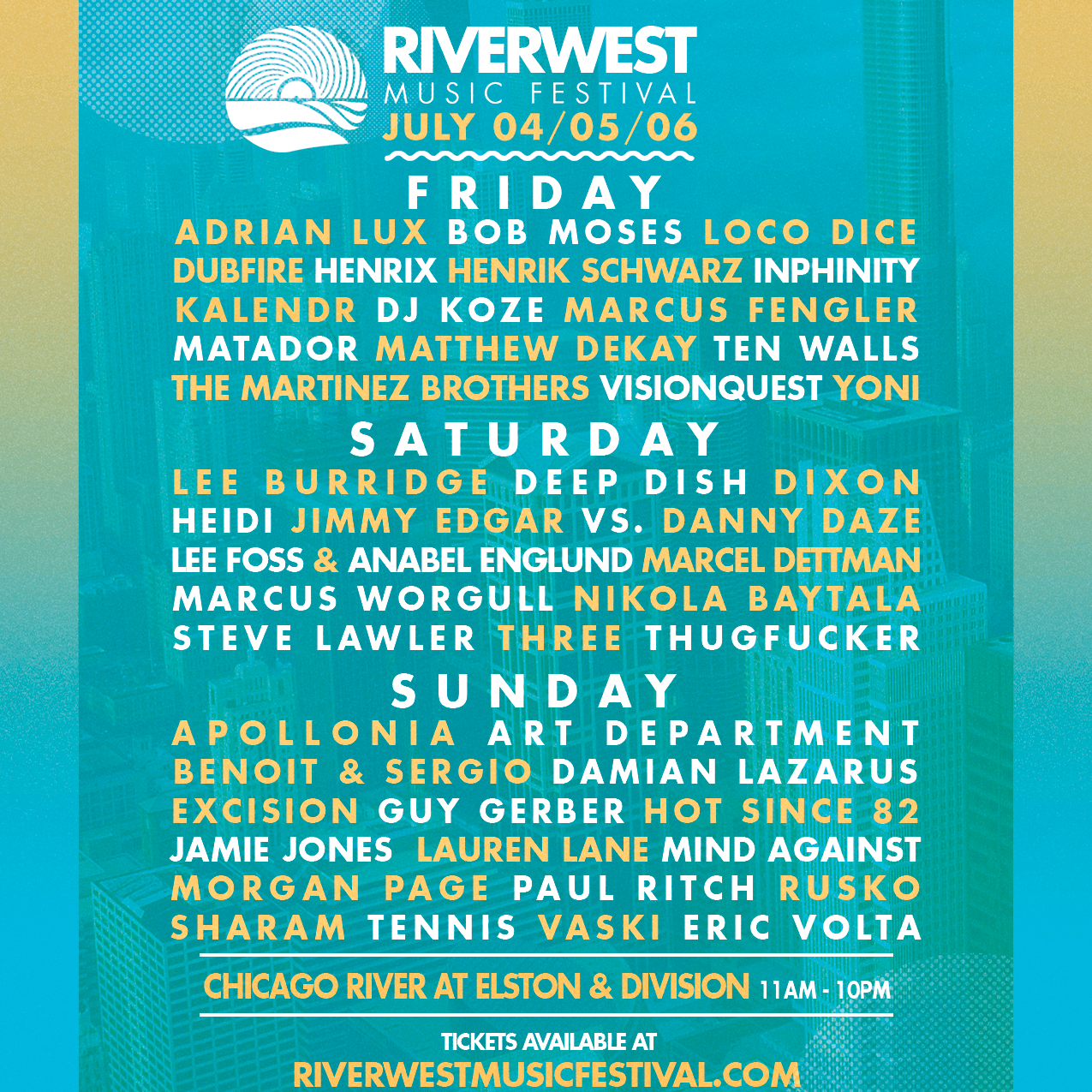 Riverwest Music Festival, Chicago’s premier three-day music festival showcasing the world’s finest in electronic music, has just released the final phase of their inaugural lineup, including the addition of global superstar Loco Dice, along with other can’t miss acts like The Martinez Brothers. Featuring 40 artists over three days – July 4-6 – and across three stages, the festival spans a mile of riverfront property along Elston between Division and Chicago Avenue.

Desolat DJ/producer from Dusseldorf, Germany, Loco Dice makes his first Chicago appearance in over a year, bringing his singular brand of big beats to the techno faithful in this unique outdoor setting. The Martinez Brothers, hailing from the Bronx, return to the Windy City with their signature sound of funk-infused house music for the first time in this rare riverfront festival environment.

“Just a few weeks back, the line-up for Chicago’s new Riverwest Festival arrived out of leftfield to make us cancel any standing Fourth Of July weekend plans we had,” stated Inthemix. “Promising to showcase ‘the world’s finest in select electronic music,’ Riverwest’s organizers have assembled a cast of underground heroes including Art Department, Koze, Dixon and Damian Lazarus. Also on that list is legendary duo Deep Dish, who we can already feel will play a standout set in the Windy City.”

Final lineup to include…