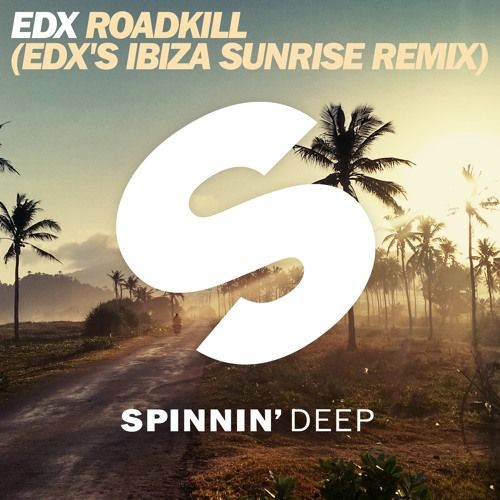 Italian dance music veteran Maurizio Colella – aka EDX – returns with what is guaranteed to be yet another chart-topping release to add his already impressive repertoire of hits as he unveils his enormous new single ‘Roadkill’ – out now via Spinnin Deep/Sirup Music.

Originally released back in 2007 by Dubfire, EDX first lent his hand to remix duties on ‘Roadkill’ that same year, turning the minimal techno record into a mammoth electro house remix that dominated Ibiza and received support from every major DJ on the island and indeed the globe. Nearly a decade later, EDX has chosen to test his production prowess by revisiting the fan-favourite, masterfully infusing the original with his sublime sound to provide a divine deep house edit that is set to continue his worldwide dancefloor domination.

In celebration of the release, EDX gives insight into the importance of the song, “In 2007, Dubfire released his debut minimal techno record, ‘Roadkill’ and it’s a significant song in my career as I released a remix of it in 2008 that took over Ibiza and saw a ton of DJ support from Pete Tong, Armin Van Buuren, and Swedish House Mafia, to name a few. The song still brings back many good memories from that exciting era, so I decided to revitalize it with a fresh version that features my deeper, sexier style, about 10 years since its release. With the recent announcement of my Privilege Ibiza residency this summer, this new ‘Roadkill’ version couldn’t have come at a better time, and I can’t wait for you all to hear it on the dance floor.”

Last year saw EDX’s career reach unprecedented heights, with his remix of Sam Feldt’s ‘Show Me Love’ amassing over 60 million plays on SoundCloud alone, not to mention releasing a slew of club-ready cuts such as ‘Belong’ and ‘Revered’ that saw him scoop the award for #1 top charting artist on Beatport of 2015. With his weekly ‘NoXcuses’ radio show and podcast hitting the 1 million downloads mark, earlier this year saw the Swiss sensation bring the revered show and event brand of the same name together with Swiss label Enormous Tunes for a hugely successful 15-date bus tour across North America. Bowing to increasing demand for more ‘NoXcuses’ events in Europe, EDX has just announced his return to the white isle for what promises to be an incredible 10-date residency at the world-renowned Privilege Ibiza. Gaining a reputation as one of the hardest working DJs around, with huge a stacked tour schedule and a host of new material set to be dropped over the coming months, it’s no surprise that EDX has earned himself recognition from fans and peers as an authority of the progressive house scene.