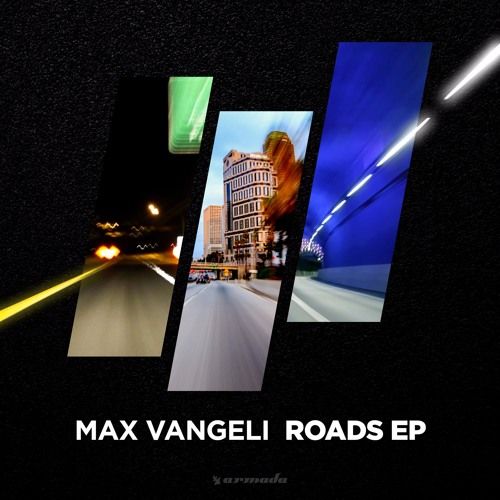 Off the back of previous offering ‘Save Myself’, Max Vangeli has once again picked up pace with his brand-new ‘Roads EP’. With it, he not only offers three tracks that root back to the original Max Vangeli sound, but also spotlights his growth as an artist and all-around top-tier producer.

From the soaring synths in ‘Roads’ to the mammoth bassline in ‘Sonar’ and the aptly titled ‘Game Changer’, Max Vangeli’s ‘Roads EP’ is the finest of Progressive House in threefold. It shows that he remains among the dance music elite in terms of production skill and output while remaining true to both himself and his fans.

Max Vangeli: “Since the start of my label, it has been an incredible and diverse roller coaster ride for me. I went through a lot of experimental phases in the past few years and I think these phases sort of took me back to this EP and made me want to tap into my roots and deliver something for my true fans! It was time for me to dive back in and create something special and somewhat of an original Max Vangeli sound a lot of people have been asking for. The experience was refreshing and I hope everyone enjoys this EP as much as I loved making it!”

In the starting years of his career, Max Vangeli was described by MTV as ‘one of the most promising artists for 2011’. He ended that same year as one of DJ Mag’s ‘Top 5 DJs to watch’ and went on to unleash debut album ‘People Of The Night’ in 2012. It’s what kick-started something extraordinary. The San Francisco based DJ and producer launched his own CODE Radio show in 2013, continued to push boundaries with a string of impressive releases throughout the next few years and now regularly plays the biggest stages in the world, ranging from Creamfields UK to Avalon Hollywood in Los Angeles. In late 2015, he became the proud founder and head honcho of his own label, NoFace Records, and he has remained ever-diligent both in his studio and on stage to this day.