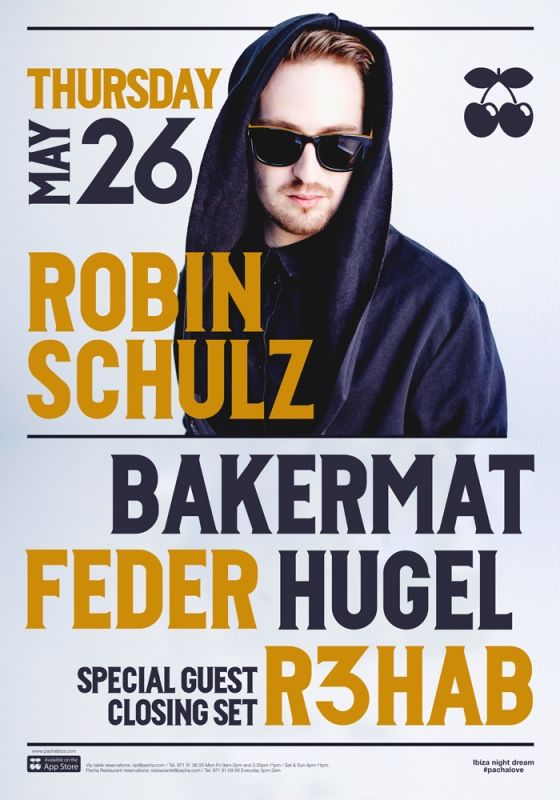 As summer fast approaches, anticipation is rising for the return of German DJ/ Producer Robin Schulz to Ibiza’s most iconic venue Pacha.

Robin Schulz returns to Pacha Ibiza on the 26th of May for a very special headline event together with Bakermat, Feder, Hugel and, for a special closing set, R3hab.Robin is also set to headline the F***Me I’m Famous nights of the 8th, 15th, 22nd and 29th of September, while David Guetta is away.

The F*** Me I’m Famous party has been a rising success since it started running periodically at Pacha Ibiza in 2001. 15 years of success led by Frenchman David Guetta.