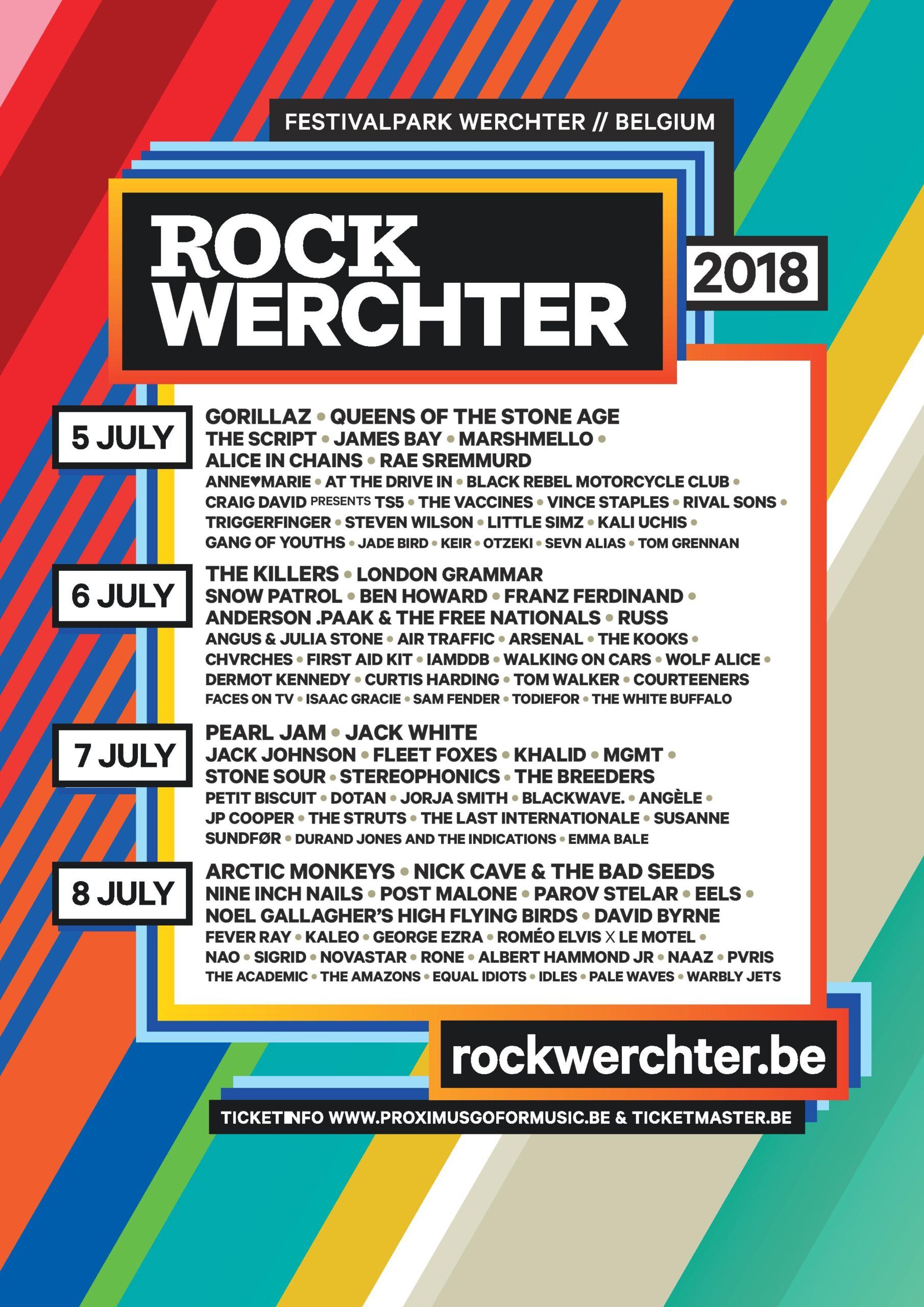 It’s here..The full line-up for the Rock Werchter Festival – which takes place in Werchter, Belgium from Thursday 5 to Sunday 8 July. This week another 25 names are added to the bill, rounding off the announcements in style. New for Thursday 5 July Rae Sremmurd, Craig David presents TS5, Little Simz, Gang Of Youths, Jade Bird and Otzeki.

The Breeders, Jorja Smith, The Last Internationale, Durand Jones And The Indications and Emma Bale complete the programme for Saturday 7 July.

In the words of promoter Herman Schueremans: ‘Getting that final confirmation is always a bit special. After months of hard work the puzzle is complete. We are especially proud of this line-up. Fantastic headliners, great newcomers, very diverse and very current. We have 94 names for the 2018 Rock Werchter line-up… the most we have ever had on a Rock Werchter bill. I'm pretty sure The Slope, the extra stage we introduced this year, has played a part in this.'